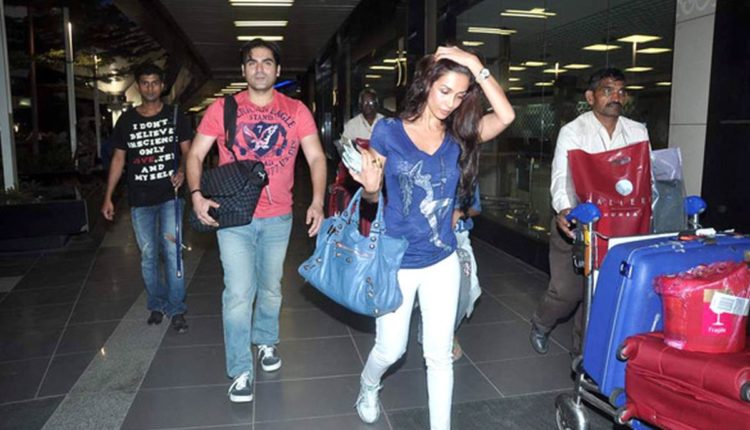 They ridiculed every little piece of news claiming about their troubled marriage. Their appearances as a couple of late resembled that the duo has sorted out issues. However, if the latest rumours are to be believed, then Bollywood couple Malaika Arora Khan and Arbaaz Khan would be parting ways.

As revealed by leading daily, Malaika is keen on separation and has ignored the requests by her closed ones to fix her marital problems.

The shutterbugs caught the duo leaving a restaurant with the Khan family, including Salman Khan, from a restaurant, a few days ago. The dinner was organised by Salman to help Malaika and Arbaaz to get back together. The family dinner was also attended by Malaika’s sister Amrita Arora and her mother.

To shun the divorce rumours, Arbaaz had even publicly revealed his love for Malaika. “I love Malaika but I’m possessive about her. It wasn’t like this when she was younger or I was new into the relationship. She is precious to me. I’m afraid of losing her now,” he said.

However, nothing seems to have been going in a positive direction.

Malaika’s sudden exit from the Bandra home had sparked the divorce rumours months ago. Moreover, she had skipped her sister-in-law Arpita Khan Sharma’s baby shower and also Amrita Arora’s birthday bash in Dubai.

Besides, though the duo had signed up to host a reality show Power Couple, there was nothing like a power couple in their hosting. Despite their sizzling chemistry in promos, most of the episodes were shot solely by Arbaaz. Her disappearance from the show was enough to justify the rumours.

Now, Arbaaz’s family has left the decision on the couple to decide how to take things ahead. Arbaaz and Malaika had met during the shoot of a coffee advertisement. After knowing each other for around four years, the duo had tied the knot in 1998.

Currently, Malaika is staying at a rented apartment with her 14-year-old son.

So, another splitsville in Bollywood!

MAKING OF A STAR: JUSTIN WHEELON