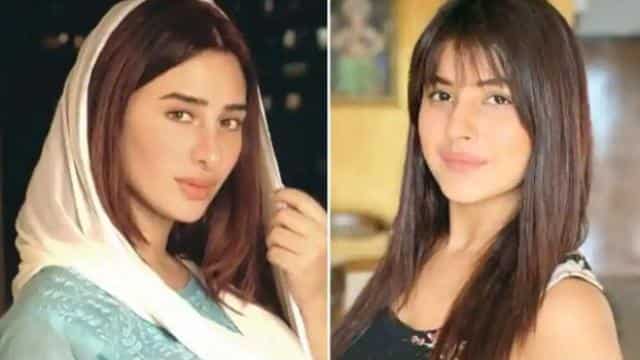 TV’s most popular reality show ‘Bigg Boss 13’ ended in February. In this, the enmity between Mahira Sharma and Shehnaz Gill was well seen. According to the report of Times of India, news is coming that Shahnaz Gill’s fans are accusing Mahira Sharma of buying the fan page of Shahnaz Gill. To get rid of this, Mahira Sharma will now seek the help of cybercrime cell.

Mahira says that it started a few days ago. At first I did ingnor but now the water has gone over the head. Many YouTubers are alleging that I am trying to buy Shahnaz Gill’s fan. They are constantly tagging me on news and reports. Why would I do this? This is fake news, which is being trolled as the basis for me. I do not know who are behind all this.

Mahira further says that if I have to invest money, then I will make my social media team. Why would I do negative publicity? I am not so active on social media. What I need is to buy someone else’s fan page. I am happy with my fans. And take pride in them. They do not abuse or troll me. I would not like such fans to troll anyone else, the fans of Shehnaaz are very abusive.

‘Kaalin Bhaiya’, Pankaj Tripathi is picking up his web series ‘Mizarpur’, said- wanted to see it as an audience

Troubled by trolling, Mahira Sharma has decided to seek help from the cybercrime cell. Shahnaz’s fans have been trolling me a lot since Bigg Boss 13 was over. I do not want them to fight among themselves. Real fans do not do all this. Only fake fans do it. The trollers have now started targeting my family. So now I have to take action. Every morning when my mother and I read comments, I feel very bad. Why Shahnaz’s fans speak to everyone. Sometimes Devolina, sometimes Rashmi. Mera and Asim had a lot of quarrel but their fans never crossed the line. Even no Contestant fan did this.

Let us tell you that Siddharth Shukla was the winner in ‘Bigg Boss 13’ season. Apart from this, Rashmi Desai, Paras Chhabra, Aarti Singh and Asim Riaz were in the top 10 finalists.