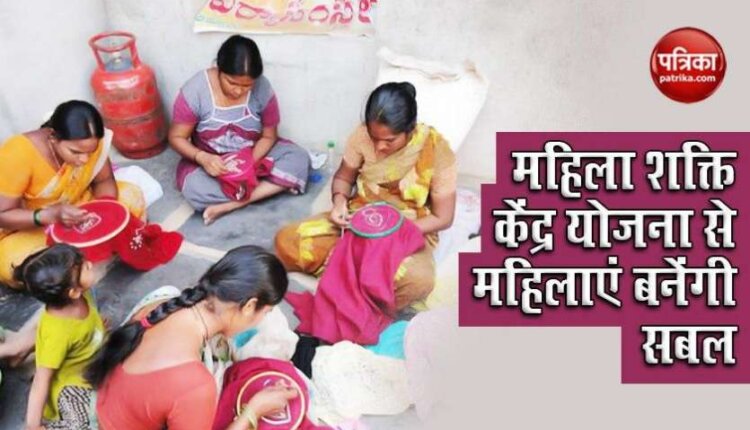 new Delhi. Several schemes are being run by the government to increase the participation of women in the male dominated society and to make them strong. In such a situation, Pradhan Mantri Mahila Shakti Kendra Yojana scheme is being run to empower rural women. Under this, not only girls are educated, but they are also helped in providing employment and making them self-reliant.

This scheme was launched in the year 2017. Under this, Mahila Shakti Kendras were opened in the areas of remote areas. Volunteers were added to spread awareness about this scheme. The government aims to involve more than 3 lakh volunteer students in it. In addition, NCC girl students will also be associated with this work. In return, they will also be given a certificate from the government. Mahila Shakti Kendra will work at different levels. Under this, knowledge support is provided at the central level and resource support to women at the state level. In this, the center is supported on the issues related to women at the state government, district and block level too.

The scope of Beti Bachao Beti Padhao is also extended under the Mahila Shakti Kendra Scheme. For this, many types of campaigns are run in 640 districts. Also, work is being done continuously to expand its scope according to the different sectors in more than 405 districts. Apart from studies, there is also a provision of opening hostels for working women on behalf of the government for providing employment and their shelter. More than 19 thousand women will live in them. Apart from this, work is being done on making many more improvement houses.

These things affect the interest rate of personal loan, know before applying