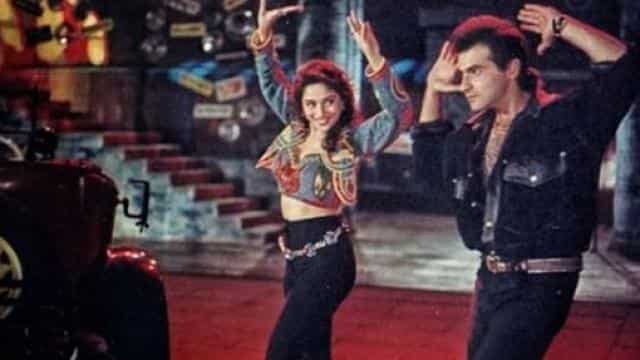 The Madhuri Dixit starrer film ‘Raja’ was released 25 years ago on June 2, and the actress sank into the memories of the film. The film was directed by Indra Kumar and produced by Ashok Thakariya. The film celebrated the Golden Jubilee by staying 50 weeks at the box office.

Madhuri tweeted, “Celebrating 25 years of Raja. It brought back many memories. Thank you Indra Kumar for giving me this film. Sanjay Kapoor was also with us in this. Thanks to the entire team for making this film a success. “

Sharing her song, Madhuri wrote, ‘I am very happy, excited and a bit nervous too. This is my first song. I hope you enjoyed it as much as I enjoyed making this song.