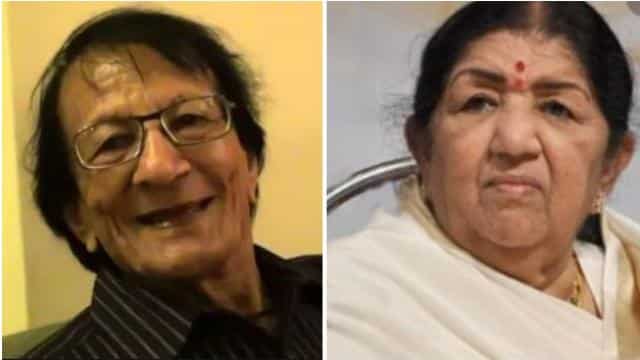 Legendary writer and lyricist Yogesh Gaur has died at the age of 77. He has been a major contributor to the Bollywood industry. He started his career with Amitabh Bachchan and Rajesh Khanna’s film ‘Anand’. The songs ‘Kahin far jab din din dhal jaye’ and ‘Zindagi kaise hai paheli hi’ written by Yogesh Gaur will always be on people’s tongue.

Lata Mangeshkar became very emotional after hearing the news of Yogesh Gaur’s demise. He has expressed grief by tweeting. Lata Mangeshkar writes that I just came to know that the poet Yogesh ji, who wrote songs that touched the heart, died today. I am very sad to hear this. I sang many songs written by Yogeshji. Yogesh ji was a very quiet and sweet person. I pay him a humble tribute.

To save sister Alka from Corona, Akshay Kumar booked the entire Mumbai-Delhi flight