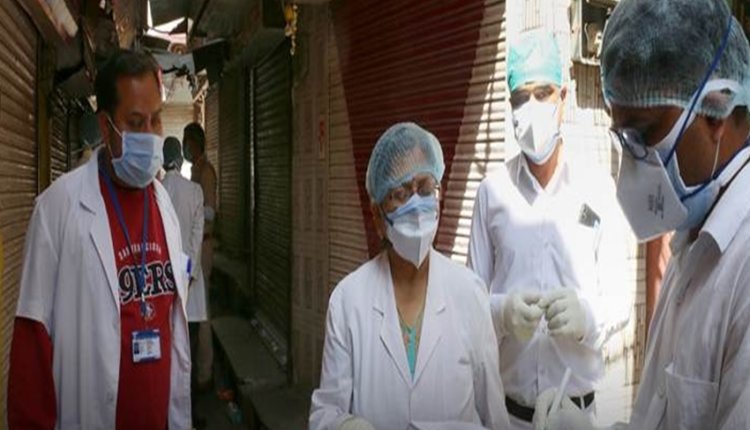 Rajasthan Coronavirus Cases LIVE News updates, Rajasthan Corona Cases District-Wise Today update: 152 new cases of corona virus infection in Rajasthan were reported on Wednesday (May 13, 2020). This has brought the total number of fatal virus infections in the state to 4,278. Today three people have died due to infection in the state and the total death toll has reached 120. There are 1699 active cases in the state. Rajasthan Health Department said that according to the data till 2 pm, 49 in Jaipur, 28 in Jalore, 24 in Pali, 22 in Udaipur, 3 in Kota, 6 in Sawai Madhopur, 7 in Rajsamand, 3 in Dholpur, 3 in Kota , 3 in Jodhpur, and one case in Nagaur.

However, officials say that in most of the cases the patients were also suffering from some other serious disease. Rajasthan has two Italian nationals as well as 61 people who have been brought from Iran to the army health centers in Jodhpur and Jaisalmer in total cases of corona virus infection. There is a lockdown in the state since March 22 and curfew is in place in many police station areas.

At the same time, the number of infected people has reached 74 281 with 3525 new cases coming in the last 24 hours in the country. At the same time, with the death of 122 people in one day, the figure of total deaths in India has also reached 2415. The good news is also that in the last 24 hours 1871 patients have been cured in the country. The number of active cases in India is now 47 thousand 480 while a total of 24386 have been discharged after recovering from the disease.

Covid19: There are chances of riots for bread, Narendra Modi create ‘national’ government