Little guest came to Ekta Kaul and Sumit Vyas’s house, said – We will call it Veda 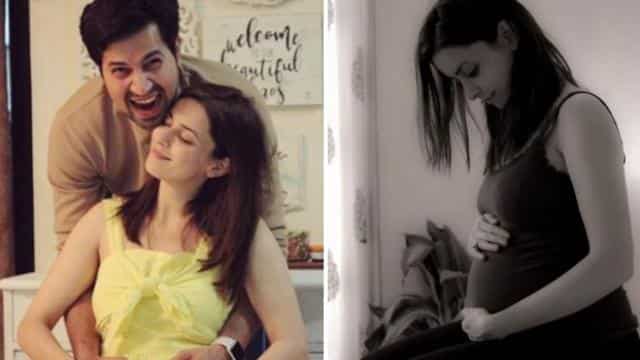 Little guests have come to the house of actors Sumit Vyas and Ekta Kaul. His son is born here. Actor Sumit Vyas tweeted giving this good news to the fans. He has written that the son is born. We shall call it ‘Veda’. Mama-Daddy is behaving very strangely, watching her son every minute.

Let us tell you that Ekta and Sumit had given the news of pregnancy to fans last month. Let us tell you that these two married in the year 2018 September. Ekta Kaul told the Times of India that Sumit and I are very happy and excited. Both of us have even thought of the name of the girl / boy. Due to Corona virus we are taking a little more precautions. During this time, we are not allowing anyone to come.

Considering a boy.
Shall be called VED.
Mamma and Daddy are acting cliché … smothering the child every few minutes …

Ekta further said that both of us are not going out anywhere. Due to not letting anyone come in the house, both of us have to handle all the household work, which is causing some problems. Sumit is taking great care of me. I feel good that Sumit is at home, even when the last month of my pregnancy is going on. Then, even if it was due to the corona lockdown, otherwise he would be out and busy with work. Whenever I go to the doctor for a checkup, the policemen do not stop seeing us. I hope things get better soon.

At the same time, Sumit had said that I am happy but a little nervous. Nowadays, what is going on outside, I want it to be okay before baby comes. Let us tell you that Sumit Vyas’s web show ‘Permanent Roommates’ went viral on social media. After this, Sumit also did many films, in which his acting was appreciated.