Let me go on foot … it’s been two months, the child is not even eating food, helpless woman’s pain 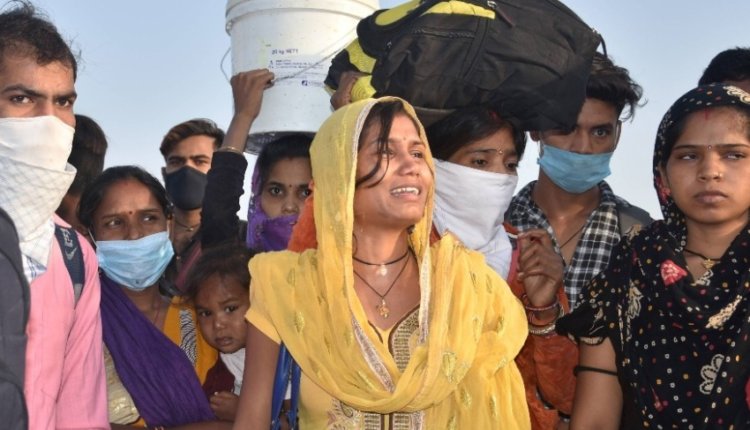 Corona Virus Lock down: Migrant laborers continue to go to their homes amid the lockdown. The trapped laborers are moving towards their homes in different areas of the state with the help of foot, trucks and by the means of traffic provided by the government. Workers facing food and drinking crisis due to business stalled due to Corona virus are facing many difficulties on their way to their homes. Along with the scorching sun, problems of eating and drinking on the way, the guard of administration also remains a challenge for these people.

News agency NNI has shared a video in which a woman is crying and pleading that we should be allowed to go on foot, just do not stop us. The woman says in the video that she had been waiting for two months to reach home in some way when there was no arrangement, so we left on foot. We have a two and a half year old child who daily says mummy come home. My child is not eating. How will I be without her?

Let us know that 103 victims died in the last 24 hours in the country. With this, the number of people who lost their lives in this disease has reached 2749 so far. In one day, 3970 new cases of infection have also been reported, taking the total number of victims to 85 thousand 940. There are 53 thousand active cases in them. 30 thousand 153 people have been returned home after recovery.