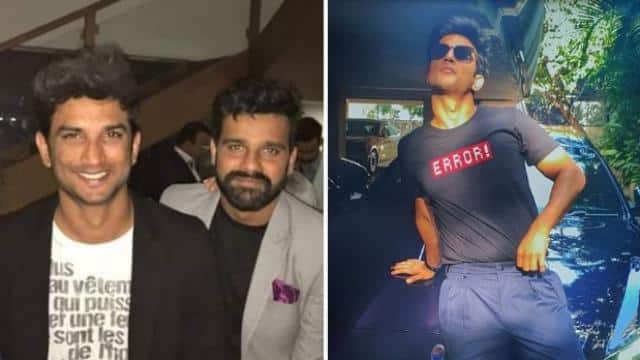 Every day new updates are coming out in Sushant Singh Rajput case. Recently, the late actor’s close friend Kushal Jhaveri shared details of his last chat with Sushant. During a chat with a news portal, Sushant and his chat were made public. Kushal said that Sushant messaged him on 1 June and asked him how. Sushant wrote, ‘How is it brother? I hope you are healthy and rocking. Miss you. Jai Shiva Shambhu, Sushant. ‘

On this, Kushal had replied to him the next day, brother, your message came, I was very happy. I am fine with health but everyone is struggling. I am also doing I hope that you too will be fine, brother. After this, Sushant told his heart, telling him what his future plans are and how his lockdown is going. Sushant wrote that I am working on myself. Trying to move forward. Whenever I sit thinking, I miss those golden days spent with both of us. How wonderful those days were. I just want to tell you that I am proud of the work we have done together. We are still together today. Giving my love to Sid and telling him that I miss him so much. love.

Kushal says that he cannot believe that Sushant took his own life. Kushal told that he remained in contact with Sushant till February 2019. After that he went to Goa and got busy with some international products. He does not know what happened to Sushant after this.

Kangana Ranaut replied to the summons of Mumbai Police, said- No problem, I will come…

Kangana Ranaut replied to the summons of Mumbai Police, said- No problem, I will…

Manasi Singh Oct 22, 2020
Bollywood actress Kangana Ranaut has given a reaction in the matter of issue of notice by Mumbai Police. Kangana…

KBC 12: Farhat Naaz quizzed the game on the 50 lakh question, this was…

Atal Pension Yojana: After retirement, you can get 5 thousand rupees…