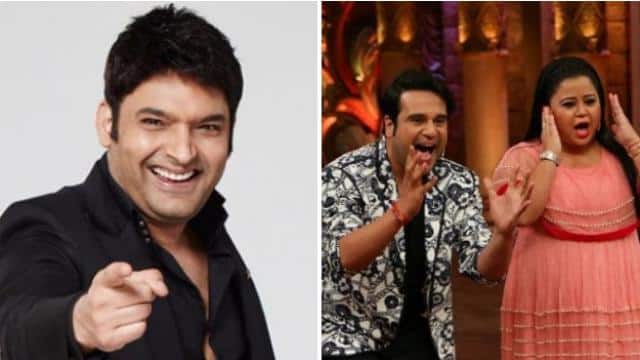 TV’s popular comedy show ‘The Kapil Sharma Show’ was missed by the audience during the lockdown. But now new episodes of the show will be telecast from mid-July. Shooting has started. The news is coming that the show’s performers Krishna Abhishek and Bharti Singh are also going to do something new. Recently, Krishna shared a post, in which he revealed that he is about to launch a new show with Bharti Singh. This show will also bring comedy dose to the audience. The duo will once again try to make the audience laugh in a different way.

Krishna released the first look of her show on social media and wrote that she has returned to shooting after a very long time. Hands are sanitizing every 10 minutes. Social distancing is also being followed in a manner. Costumes are washed off frequently at every lunch or dinner break. The staff is fully covered in PPE kit and does not mix with us at all. This is our new show, released in Funhit.

‘Bhabiji Ghar Par Hai’ fame Soumya Tandon in trouble, is she taking a break from the show? Reason revealed

‘Naagin 5’ was offered to Karan Patel, Ekta Kapoor selected him for ‘Mr. Bajaj’

Let us tell you that Krishna Abhishek has been seen in the character of Sapna in ‘The Kapil Sharma Show’. At the same time, Bharti has also appeared in Kapil’s show portraying many characters. Krishna will also be seen in the new show comedian Mujib. All three have been seen together in some shows before. This new show of Bharti and Krishna is being produced by Bharti’s husband and writer Harsh Limbachiyaa’s production house.

Nestle India will give 1000 youth salary with internship, company made some such plan