Know how much money is being earned in small saving scheme of post office as compared to banks? 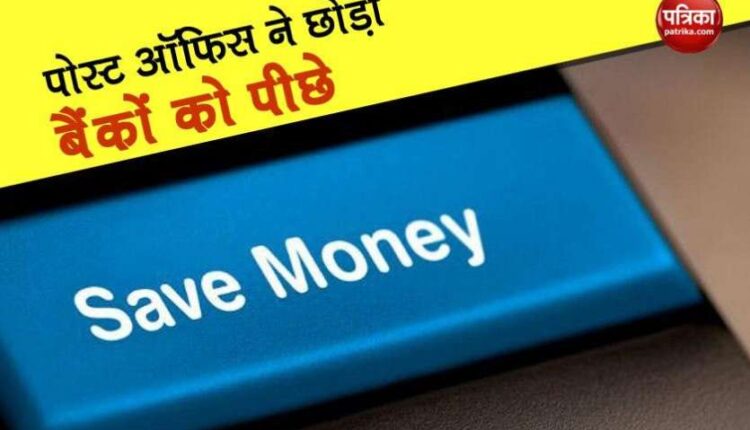 new Delhi. Banks have reduced deposit rates due to the Finance Ministry’s move to keep the small saving scheme interest rates unchanged for the quarter until December. This has not only made small savings schemes more attractive, but has also allowed the government to raise more funds through this route. Now people will prefer to invest in post office schemes for more interest. So that they get a chance to earn maximum profit.

Also read: After all, why should have been received on time, the virus can be spread by currency notes, know in this report

The gap between bank deposits and post office has increased
One year fixed deposit (FD) with State Bank of India now offers an interest rate of 4.9 per cent. While HDFC Bank and ICICI Bank are getting 5.1% and 5% interest respectively. In comparison, the one-year deposit with the post office, which is considered part of small savings schemes, has an interest rate of 5.5 per cent. At the same time there is a big difference between bank FD and post office FD in the five-year bucket. SBI is paying 5.4 per cent, HDFC Bank 5.5 per cent and ICICI Bank 5.5 per cent. On the other hand, the post office is getting 6.7 percent interest on five-year deposits and 6.8 percent on five-year National Savings Certificate.

This is how you can get more returns
According to experts, the widening gap between the bank’s deposit rates and the interest rates offered by small savings schemes is expected to affect the plans more. If your banks are close to FD maturity, you can get higher returns by creating new FDs at the post office. The post office FD is guaranteed by the government. However, you may not get the facility like net banking and bill payment services for post office accounts.

Have not made any changes
In fact, for the quarter between October to December, the Finance Ministry has not changed the interest rates for small savings schemes. Due to this, the pressure on banks to reduce their interest rates increased. Some banks have also recently cut their MCLR and interest rates. In such an example, the interest rates of fixed deposits of bank FDs and post offices have changed significantly.