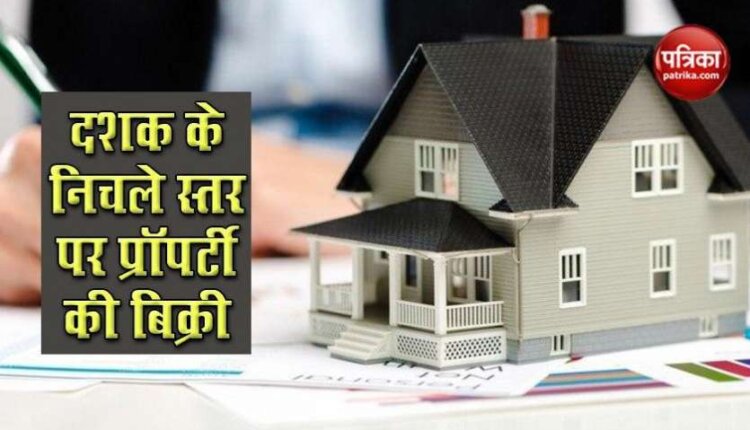 new Delhi. Although Coronavirus Crisis, 2020 has been bad for all the sectors due to Coronavirus Crisis, but it has already worked in the real estate business already suffering. According to the latest report of Knight Frank Report 2020, property sales in eight major cities of the country (Property Sales Down) have seen a decline of 54 percent, which is the lowest level of a decade. According to the report, this decline is due to Coronavirus Lockdown. Let us tell you that on Thursday, July 16, on behalf of property consultant Light Frank, released the ‘India Real Estate: H1 2020Ó report. In which detailed information has been given about the real estate sector of the country.

Also read: ‘Apna Pump’ is giving you cheap Diesel, know which people will benefit the most

Worst performance of the decade
According to a report by property consultant Knight Frank, house sales in eight major cities of the country have fallen by 54 per cent to 59,538 units between January and June this year, which is a low of the past decade. According to the report, the sale of houses in Delhi-NCR, Mumbai, Kolkata, Chennai, Bengaluru, Pune, Hyderabad and Ahmedabad declined by 27 per cent to 49,905 units during January to March. Sales between April and June declined by 84 percent to 9,632 units. According to the report, such figures have been seen due to the severely affected demand amid lockdown.

Also read: With an investment of 160 rupees a day, you will become the owner of 23 lakh rupees in this time, know what is the plan

Real estate business was more affected
According to Shitir Baijal, CMD, Knight Frank India, the residential real estate sector has been going through a crisis for a long time. Now the corona virus has hit the sector deeper. While the Reserve Bank of India has also emphasized on increasing liquidity with a cut in repo rates, but the government needs to be supported immediately. Will work about the interest of both.

Amitabh Bachchan, who is undergoing treatment in the hospital, remembers God, says- Dedicated at the feet of God