Kisan agitation: Dharmendra trolled for deleting by tweeting, wrote in reply to the user – Abuse me profusely… 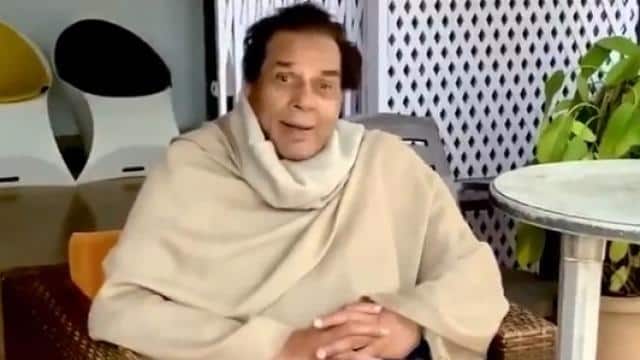 Veteran actor Dharmendra has become the new victim of trolling on social media. On Thursday, he had a tweet about the peasant movement, in which he appealed to the government to solve the problems of farmers quickly. However, he later deleted this tweet and due to this he was being trolled. On Friday, a user shared a screenshot of Dharmendra’s previous tweet and wrote, Punjabi icon Dharmendra Paji tweeted it 13 hours ago, but later deleted it. There must have been some compulsions…. There is no infidelity like this.

Replying to this tweet, Dharmendra has launched a scathing attack. He wrote, ‘Unhappy with such comments of yours, you deleted your tweet. Abuse you whole heartedly. I am happy in your happiness. Yes, very sad for my peasant brothers. The government should find a solution soon. We have no hearing.

Even after Dharmendra’s comment, this issue did not stop and the user named Mohammad Zubair reiterated, “Paji, I did not abuse.” It was nice when you wrote in support of farmers. Later, it was deleted. He was pointing out.

Let me tell you that there is a stir in the entertainment world as well about the farmers’ movement. Actress Kangana Ranaut has accused Khalistani and separatist elements of being involved in this movement on the one hand and on the other, a large section of Punjabi stars including her have condemned them. Now Dharmendra has also become a victim of the ongoing war on social media regarding the farmer movement. However on a large scale, there were people on Twitter who have supported Dharmendra.

Big decision of RBI, without ATM PIN debit and credit card will be able to withdraw 5 thousand rupees

What will be the impact on bank customers’ accounts after the Reserve Bank’s decision?