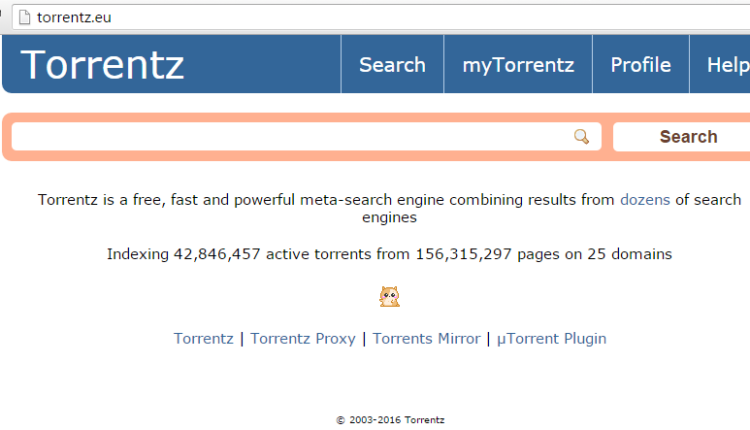 NEW DELHI: Within a month after popular piracy website KickassTorrents was shut down following the arrest of its alleged owner Artem Vaulin in Poland, meta-search engine Torrentz.eu has silently shut down with the message “Torrentz will always love you. Farewell” to its visitors. The owner of the website reportedly refused to comment.

Founded in 2003, Torrentz was among the oldest and popular platform to look out for torrent files. The torrent hosting site later expanded to become a meta-search engine. Torrentz also provided an option to allow people with copyright to certain content to file a cease and desist complain.

It seems that the decision to shut down was mainly taken due to legal pressure on piracy websites after the KickassTorrents crackdown. Another website, Solarmovie, also gave up fearing legal action.

KickassTorrents is accused of distributing over $1 billion worth of illegally copied films, music and other content. Vaulin is alleged to own KickassTorrents or KAT, which in recent years has eclipsed Pirate Bay and others to become the world’s biggest source of pirated media.

The criminal complaint said the website offers “a sophisticated and user-friendly environment in which its users are able to search for and locate content” which is protected by copyright.

KAT, which distributes films, video games, television programs, music and other electronic media, is estimated to be the 69th most frequently visited website on the internet , according to a US Justice Department statement.

The website’s value is estimated at more than $54 million, with annual advertising revenue in the range of $12.5 million to $22.3 million, according to the complaint.

KAT has moved its domains several times after being blocked in Britain, Ireland, Italy, Denmark, Belgium and Malaysia, according to the complaint, and has relied on a network of computer servers located around the world, including one in Chicago.