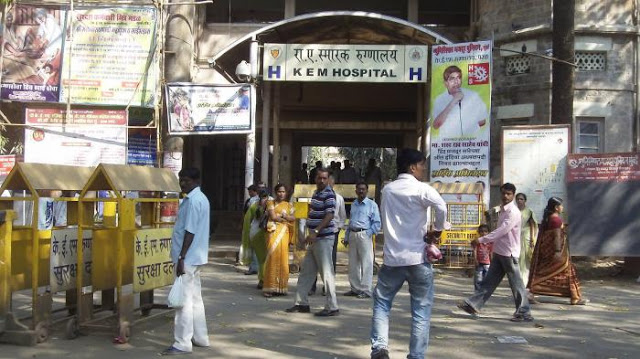 The Maharashtra Association of Resident Doctors announced a silent protest Friday after a local physician, Anagha Kulkarni, of the KEM (King Edward Memorial) Hospital’s urology department was assaulted by a patient Farida Shaikh of the particular hospital. Annoyed with the unpleasant incident, all the resident doctors have put on a black band to show support for the local doctor.

On Thursday, a FIR was lodged under the Doctor’s Protection Act by the Bhoiwada police. The incident occurred around 3 pm when Farida came into the operation theatre of the hospital’s urology department and insisted for her reports from Kulkarni. When the 30-year-old doctor requested to leave as her test reports will be available only after 4 pm of the same day and she was busy in a surgical procedure in the operation theatre, the furious Farida slapped Kulkarni thrice and abused her as well.

The guards of the KEM Hospital rushed to the spot for the doctor’s protection. However, Farida blamed the doctor for beating her. She later complained about chest pain. Due to this, she was immediately rushed to the Sion Hospital for the further cure. The police failed to arrest Farida Shaikh as she was admitted to the hospital and claimed to be unwell. As told by the president of Maharashtra Association of Resident Doctors, Sagar Mundhada, to a leading daily, “We will meet the concerned authorities and demand a speedy investigation in the matter.”

KEM Hospital was also in the limelight two months ago after a Mid-Day’s report revealed how sweepers were directed to conduct autopsies. Despite being under-qualified, the workers were compelled to perform such procedure. The post-mortem procedure involved opening and stitching of dead bodies. When they claimed it not to be a part of their official work responsibilities, the authority asked them to follow what their seniors told them to.