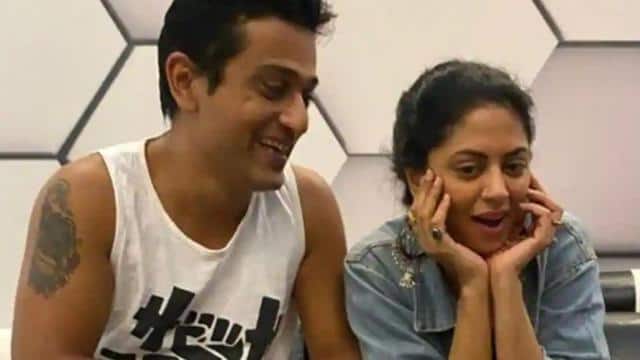 Actress Kavita Kaushik, who recently appeared in the reality show ‘Bigg Boss 14’, shared a photo on Twitter with her husband Ronit Biswas. Both are very happy in this photo. He also has a bouquet of flowers. While sharing this photo, Kavita wrote the caption, ‘Happy Sunday’. On this photo, he asked his fans to ignore the trolls.

After sharing the photo on Twitter, fans of Rubina Dilac and Abhinav Shukla tried to troll her, but Kavita did not pay much attention. After this, one of his fans asked him to ignore the trolls there, then Kavita reprimanded him. Kavita wrote that the kind of language that trolls use, please do not use that language.

Kavita wrote, “Thank you dear, but if you also use the language like them, then what will be the difference between you and them?” Where there is real love and truth, then hatred should be ignited. ”

Salman Khan took Rahul Vaidya’s class after leaving the game in the middle, said this

On Saturday’s episode of ‘Bigg Boss 14’, Kavita and Ronit came face to face with Rubina and Abhinav and talked about several serious allegations. In the now deleted tweets, Ronit claimed that Abhinav had a serious alcohol problem and alleged that he used to message Kavita to talk late at night.

Thank you dear, but if you use language like them then whats the difference between them and us na 😇 ignore the made up hate when there is real love and truth to hold❤❤ https://t.co/QzdQVZsve7

At the same time, on the show, Kavita had alleged that the messages Abhinav sent to her were not ‘obscene’ but of a ‘violent nature’ and had threatened to call the police to stop her. In response, Abhinav said that he wanted to see those messages. He dismissed all allegations of violent violence against him. He had said that he and Rubina would deal with the case legally.

PM Suraksha Bima Yojana: Get up to 2 lakh insurance from premier of just Rs 12

From tomorrow, the bank will provide 24-hour RTGS facility, will be able to do large transactions sitting at home.