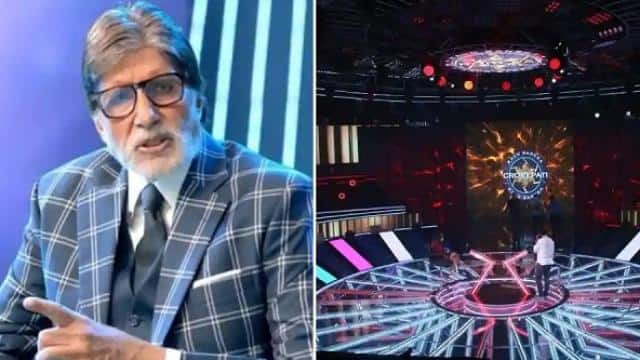 The news is also coming that due to shooting without an audience, this time the game will not have an audience poll lifeline. However, no official statement has come from the makers regarding this yet.

Pooja on The Set of KBC! With the blessings of the Lord, we begin our journey. # KBC12 shoot starts from 7th September.#KBC @SrBachchan @SPNStudioNEXT pic.twitter.com/bzEGCHB2N0

According to reports, this time the contestants can bring only one member with them. But their seating has been arranged separately. Big B started shooting for the show a few days ago. He shared photos of the shooting in which crew members were shooting on set wearing PPE kits.

After ending the quarrel, Sushmita Sen’s brother-in-law, the actress wrote – I missed you a lot

While sharing the photos, Big B wrote, ‘The year started in 2000 and today is 2020. It is inconceivable that so many years have passed. The set is being taken care of by calm, conscious, deterministic routines, precautions, systematics, distance masks, sanitization, but what the world will look like after this terrible Kovid-19. There is a lack of friendship on the set. Nobody speaks unless he has any urgent work. It looks like a lab, where some scientists are doing experiments. ‘

Manasi Singh Oct 26, 2020
In the lockdown, Sonu Sood became a messiah to the needy by helping the needy, but it seems as if his generosity…