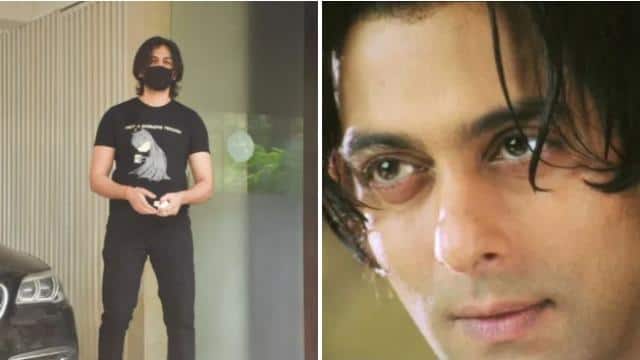 Bollywood actor Karthik Aryan was recently spotted in Mumbai. Fans became quite excited after seeing the photo of Karthik’s new look. After a long time, Karthik was captured in Paparazzi’s camera. Actually, due to the lockdown, Karthik was spending quality time with the family. He was spending time with his parents and sister in Gwalior. Recently, Karthik was spotted visiting designer Manish Malhotra’s house.

Karthik Aryan’s hairstyle looked like Salman Khan’s ‘Tere Naam’ look. Fans made many comments on the photo, making fun of his hairstyle. One user asked, ‘Which shampoo sir?’. Another user wrote, ‘His look looks like Salman’s brother named Tere’

Let me tell you that Karthik Aryan entertained the fans a lot with his YouTube series during the lockdown. Through videos, he spread awareness about Corona many times. He also performed live videos several times to entertain the fans.

Kiara Advani danced barefoot on the ‘Burj Khalifa’ song on the hot sand, shared the experience

Before the lockdown, Karthik Aryan was busy shooting for the film Bhool Bhulia 2. Kiara Advani is going to be seen with him in this film. It is a sequel to Akshay Kumar’s film Bhool Bhulaiya. Apart from this, Karthik Aryan has finished shooting for the film ‘Dostana 2’ with Jahnavi Kapoor. However, so far neither the trailer of his film nor the release of the film has been announced. Karthik currently has another film, titled ‘Kitty’.