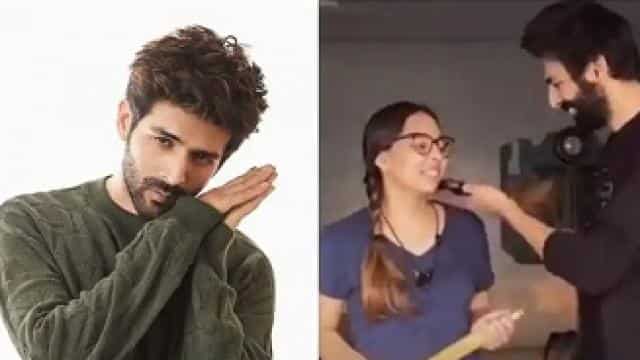 Karthik Aryan is very active on social media these days. He has been posting several funnies for fans. A few days ago he shared a video with his sister, after which it went viral, accusing him of promoting domestic violence. Karthik deleted the video after watching the contraversi on the video. Now during a recent interview, Karthik has spoken on that video.

Karthik said, ‘It was said on that video that it is encouraging domestic violence. But you wonder if my mother and sister would not have objected to this if this had happened. I showed them before when I uploaded this video. When I deleted the video, many people asked me why I did it. But let me say that I did not make that video to promote anything.

On deleting the video, Karthik said, ‘I deleted that video because it was hurting some people’s feelings. I cannot make anyone sad by mistake, so deleted the video.

What was in the video…

In the video, Karthik eats roti made by his sister, but he does not like them. He then grabs his sister by hair and tries to blow them away. Karthik wrote while sharing the video, never compromising with quality.