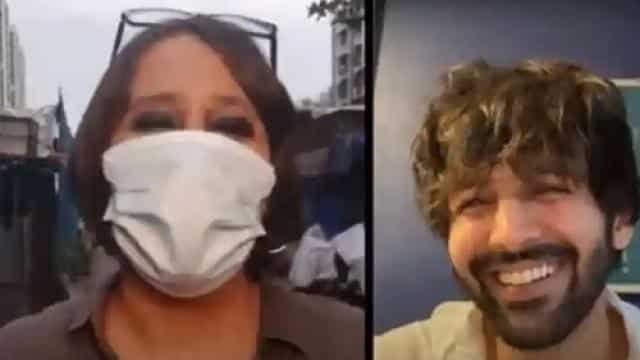 Bollywood actor Karthik Aryan has been running a series called Koki Askhega for the last few days. This time, his series guest was Famous Journalist Barkha Dutt. In the interview, Karthik asked Barkha Dutt many questions related to journalism in India, the problem of migrant laborers and the corona epidemic. During this, Karthik asked her that if her biopic is made, then which actress would she like to see playing her character.

Karthik named Alia Bhatt, Kriti Sanon, Bhumi Pednekar and Jahnavi Kapoor while giving options. During this time Barkha took the name of Alia Bhatt. He told Alia that he is a great actor. His talent is amazing. Sharing a small part of this chat on Instagram account, Karthik Aryan wrote, “This happened. Frontline Barkha Dutt, who is reporting on the ground for 80 days. ”

VIDEO: Shahrukh Khan and Gauri Khan have decorated their house with great wishes, ‘Mannat’, knowing the price will fly away!

Let us know that recently Karthik Aryan expressed his wish that he wants to work with Alia Bhatt. In an interview given to Filmfare, Karthik was asked that there is one thing you want to say to Alia? In response to this, he said that please recommend me to Alia Bhatt, Sanjay Leela Bhansali.

IFFCO and ICAR come together to double farmers’ income by 2022