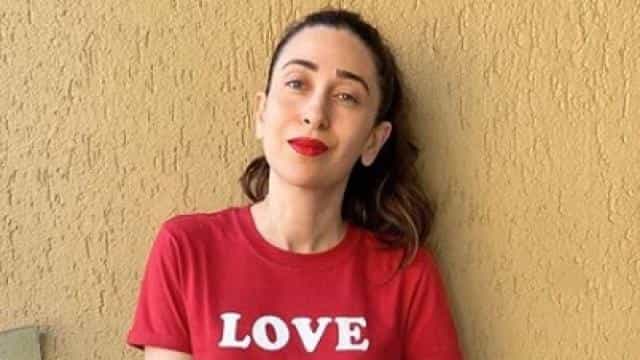 Bollywood’s beautiful actress Karisma Kapoor may be away from the big screen for some time, but her passion in the hearts of the fans is still intact. Karisma has given many superhit films to the Bollywood industry, among them ‘Coolie No.1’ has completed its 25 years today. Karisma and Govinda’s pair was very much liked in this.

Karisma and Govinda’s film ‘Coolie No. 1’ was released on June 30, 1995. On the occasion of 25 years of the film, Karisma has shared a motion poster of Coolie No.1 on Instagram. In this, Govinda is seen with Karishma sitting on his shoulder. The song ‘Tujhko Mirchi Lagi Main Kya Karoon’ is playing in the background. In the comments, the fans are praising Karisma Kapoor’s work and the film.

Sharing the post, Karisma wrote in the caption, “Those fun-filled moments will last forever. One of the movies closest to my heart. No. 1 Series Debut. Coolie number 1 to 25 years. Thanks to Govinda, David Dhawan, Vasu Bhagnani for this beautiful journey. ”

Talking about Karishma Kapoor’s work front, she has entered the digital space with the web series Mentalhood. In this, Karisma appeared in the role of mother of two children. The series is produced by Ekta Kapoor and released on the Alt Balaji platform. Karisma Kapoor’s work in the web series was well received.