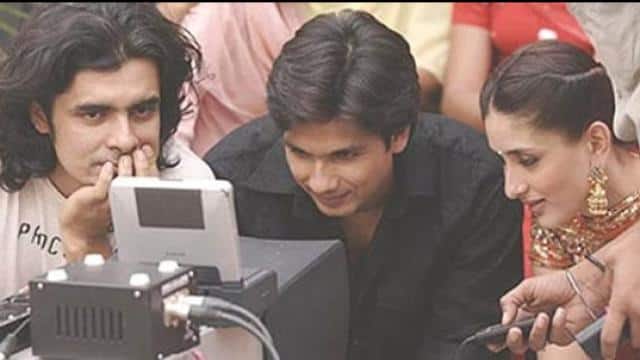 It has been 13 years since the release of Bollywood actress Kareena Kapoor and Shahid Kapoor’s film Jab We Met. On this special occasion, Kareena has shared a photo of her, in which she is seen with co-star Shahid and director Imtiaz Ali. This photo is being fiercely liked and shared.

In the photo, Kareena, Shahid and Imtiaz Nagada Baja are seen watching their shot on the playback monitor after shooting the song. Sharing this picture, in the caption, Kareena wrote the famous dialogue of the film, ‘I feel that whatever a person wants in life, in reality, he gets what he wants.’

Kareena Kapoor and Sonam’s ‘Veere Di Wedding’ sequel to be made, know when shooting will begin

Fans are making a lot of comments on this Instagram post of Kareena Kapoor. One fan wrote, ‘I can watch this film many times because you are my favorite actress and most importantly your acting is different level.’ The second fan said that Kareena you are a very beautiful person. In this way the fans are praising Kareena.

KBC 12: Kaushalendra Singh Tomar could not answer 80 thousand questions, did the sports quiz, it was a question

Talking about Kareena Kapoor’s work front, she will be seen in the film Lal Singh Chadha. In the film, he is in the lead role with Aamir Khan. Recently, Kareena and Aamir Khan have completed the shooting of the film. On this occasion, he shared an emotional note on Instagram. He wrote, all journeys have an end. Today I finished shooting for the film ‘Lal Singh Chadha’. Hard times, pandemics, my pregnancy and nervousness, no one could stop our spirit. Of course keeping all the safety rules in mind. Thanks Aamir Khan and Advaita Chandan. Thank you, great team, the whole crew will miss you.