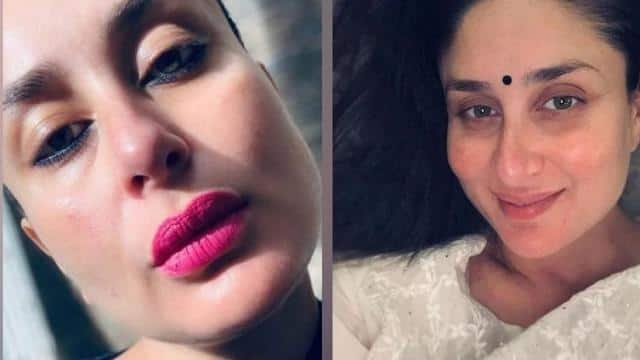 Bollywood actress Kareena is currently in Himachal Pradesh with Saif Ali Khan and son Taimur Ali. She has done many of her photographs with the family from Himachal Pradesh which were very well liked. Now he has posted a new photo of him which is going viral.

In the picture, Kareena is seen in red lipstick. He has a black eye liner in his eyes which is complementing his look. Kareena has shared the selfie photo on her Instagram account. Pregnancy glow can be seen clearly on Kareena’s face. Sharing this photo, he wrote in the caption, ‘Pink in Palampur.’ With this, he has shared which emoticon.

Kareena’s photo is being well liked. This picture has received more than 5 lakh likes so far. Ananya Pandey, Amrita Arora, Maheep Kapoor, Seema Khan, Tamannaah Bhatia and Sonal Chauhan have liked this picture of Kareena. He has also commented like Beautiful, Gorgeous.

Kareena Kapoor is also working in pregnancy
Recently, Kareena said in an interview that working during pregnancy is not wrong. Kareena also said that the family asked her to stay at home, but she still considered it necessary to work as she had to complete her commitments.

Kareena said about working between Kovid, ‘There is nothing wrong in working with all safety. Pregnancy is not a disease and I absolutely believe that we have to protect ourselves in this difficult time. I cannot take things lightly, saying that I cannot work because there is such a situation. I am not like this. Yes, my parents and everyone else asked me to stay at home, but I can’t sit at home. I like to work.’

Kareena said, when I was shooting ‘Lal Singh Chadha’, nobody knew that Corona would be an epidemic. The shooting of the film was to end in April and I did not sign any film after that. I completed all my commitments after being pregnant.

These things changed with Policy Premium, your life changed from today