Kareena Kapoor said – During the time of Timur, there was a mistake in pregnancy, this time I do not want this to happen. 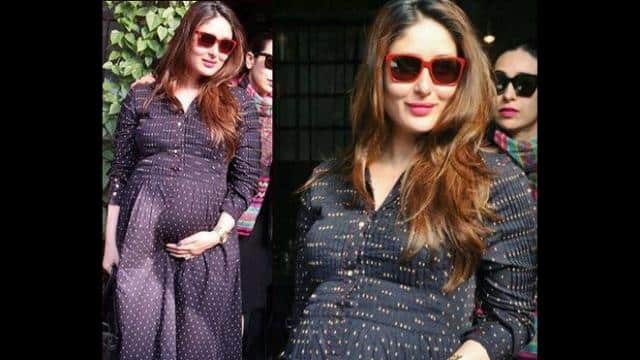 Kareena Kapoor Khan is pregnant for the second time. Kareena is very excited about her second baby. Now during a recent interview, Kareena revealed what is something that she does not want to repeat in the second pregnancy.

Kareena said, ‘When I was pregnant at the time of Taimur, everyone used to tell me to eat a lot and that is why my weight increased by 25 kg. I do not want to do the same thing again. I just want to be healthy and fit. I think during the first pregnancy everyone used to say eat paratha, eat ghee, drink milk. But now I say listen, I have done all this before. I know who my body needs.

Kareena said in an interview, ‘I think everyone gets what he deserves and who is in his luck. It is not that Taimur Ali Khan is going to be the biggest star of the country. Even if he is the most clicked child in this country, whatever the reason. But I always want my son to stand on his feet and earn his own name. I want him to be what he wants to be, whether he is a chef, a pilot or whatever.

Amitabh Bachchan did such a thing in the midnight, Ranveer Singh said – what are you doing

Let us tell that Kareena’s film Lal Singh Chadha also has a lot of shooting left. In such a situation, speculations are being made about how Kareena will shoot Lal Singh Chadha with Baby Bump. Well, the makers have found a way out.

A source told E-Times, Bebo’s baby bump is now visible, so VFX will be used to hide it. He further said that Kareena has yet to shoot 100 days for ‘Lal Singh Chadha’. In such a situation, she is expected to join the film team in September or October and complete her part shoot.

Handicap pension scheme: Government will give 500 rupees every month on 40 percent or more disability, apply for this work

Sukanya Samriddhi Yojana: This scheme of post office is beneficial for daughters, will get 3 times return on maturity