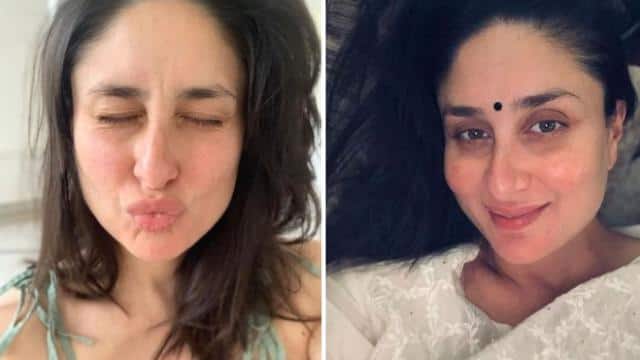 Bollywood actress Kareena Kapoor Khan is going to have a small guest soon. She is currently enjoying a pregnancy period. Meanwhile, her fashion game is also onpoint. Kareena is one of the actresses who wants to work till delivery. She wants to remain active in the industry. Kareena Kapoor Khan has appeared on Instagram a while back. Fans are now able to get updates related to his personal life too.

Recently, Kareena Kapoor Khan shared a photo without makeup. Kareena is seen lying in this photo. He has a small black dot on his forehead. Posting the photo, Kareena writes, “There is something to point, I like.” On this, sister Karishma Kapoor has created a red heart emoji. Fans are also praising Kareena’s pregnancy glow.

Let us know that Kareena recently told how she was reacting when she told Saif Ali Khan about her second pregnancy. Kareena said that she did not get any film reaction from the family. Even Saif’s reaction was normal.