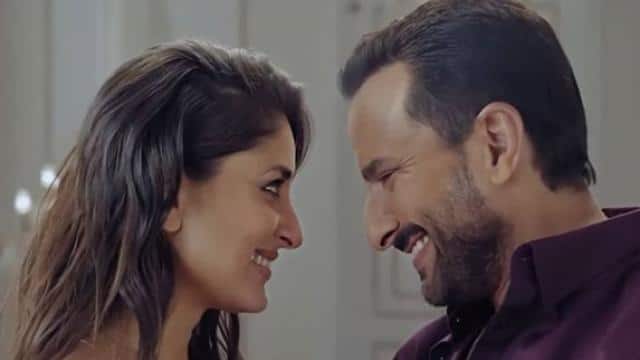 Kareena Kapoor is spending time with her family at home these days. Apart from this, she is very active on social media. Now an old photo of Kareena and Saif Ali Khan has surfaced, which is being very well liked. This photo shows the tremendous bonding of both stars.

This picture has been shared on Kareena’s Instagram fan page. In the photo, Saif and Kareena are seen smiling looking at each other. Talking about the look, Kareena is seen in a black outfit and is wearing a beautiful necklace. At the same time, Saif looks quite handsome in a purple color shirt. This photo of Kareena and Saif was done during an ad shoot.

The pair of Saif and Kareena are very well liked. The two have worked together for about 7 films, including LOC Kargil, Omkara, Roadside Romeo, Tashan, Kurbaan and Agent Vinod apart from several commercial aids. Talking about professional front, Kareena’s next film is titled Lal Singh Chadha. In this, she will be seen opposite Aamir Khan. Apart from this he has Karan Johar’s film Takht.

Saif was last seen in the film Tanhaji: The Unsung Warrior. He played the role of Villain in the film. He liked his character very much. Ajay Devgan was in the lead role in the film. The movie shattered the records of several films at the box office in terms of earnings.