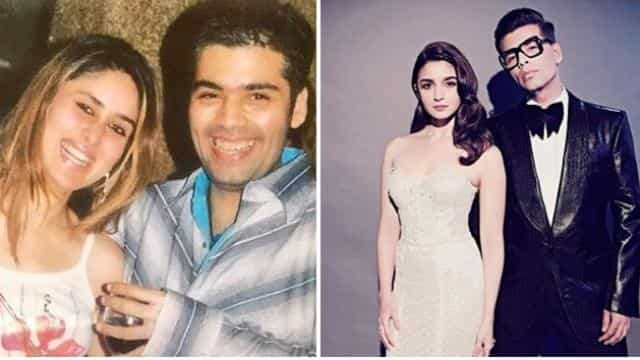 Filmmaker and director Karan Johar is celebrating his 48th birthday today. Karan Johar, who has directed films like Kuch Kuch Hota Hai, Kabhi Khushi Kabhi Gham, Kabhi Alvida Na Kehna and My Name Is Khan, has seen many successes in his life. Now he is also the father of two lovely children but he is not married. On Karan’s birthday, Bollywood stars are congratulating him on his birthday via social media. Meanwhile, actresses Alia Bhatt and Kareena Kapoor have shared their throwback picture with Karan wishing him a birthday. Both the actresses have written a great caption with the photo.

Kareena shared the photo on Instagram, “How sexy we used to be then. Now there are more … My friends forever, Happy Birthday.” In this photo, Kareena and Karan are seen posing with each other in candid style.

At the same time, Alia Bhatt shared a photo while posing with Karan, in the caption, “Happy birthday my friend, father .. love for my family, laughter, movies and many more moments for photos and selfies. Alia needs Karan as her father, friend and family. His post is becoming very viral on social media.

Let us tell you that Kareena recently appeared in Karan Johar’s Dharma Productions directed film ‘Good News’. Now she will soon be seen in her multi-starrer film Takht with Ranveer Singh, Jahnavi Kapoor, Alia Bhatt, Anil Kapoor and Bhumi Pednekar. Talking about Alia, Alia made her Bollywood debut with Karan Johar’s Student of the Year. Alia became a college student in this film. Alia Bhatt’s beauty was praised by Karan’s film.

The user said, preparations are being made to make your idol, so Sonu Sood said – Brother help the poor with that money