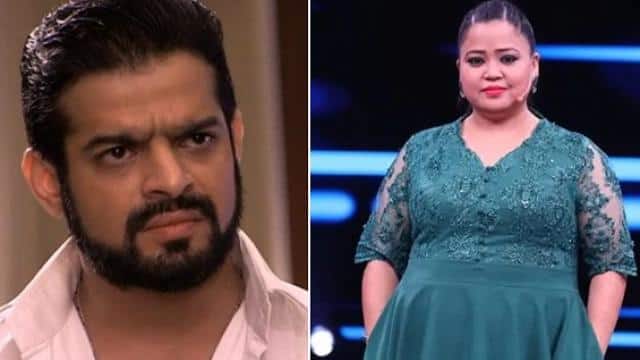 Bharti Singh and her husband Harsh Limbachiya have been arrested by the NCB in a drugs case. Bharti’s arrest has shocked many. Now, Karan Patel’s reaction on Bharti’s arrest has come to light. Karan Patel and Bharti have worked together in the show Khatron Ke Khiladi. So when asked about this, he said that he does not know what Bharti does in her life. Both have worked in only one show.

Karan said, ‘We have only worked in one reality show. I know nothing more than this. This is his personal business. I have no idea about what she does in her life. I do not want to comment further. I don’t think this will target the TV industry.

Please tell that Bharti and Harsh have been sent to judicial custody till 4 December. Both will be heard on bail on Monday. After arresting Bharti and Harsh, NCB produced both of them in a court in Mumbai. After the hearing, the court sent both of them to judicial custody. Earlier, the investigating agency also got both of them medical. An official of the investigating agency had earlier said that on a secret information, on Saturday, NCB searched Bharti Singh’s house and office in connection with the investigation of alleged drugs consumption in the Bollywood world and during this time 86.5 grams of ganja from his house Recovered.

After the death of Sushant Singh Rajput, the names of many people related to the Bollywood world have been revealed in the alleged drugs connection that surfaced in Bollywood. Meanwhile, Sushant’s girlfriend Riya Chakraborty was also arrested and sent to jail where she had to remain behind bars for almost a month. Apart from this, the investigating agency has questioned many people, including Arjun Rampal. At the same time, NCB says that the name of comedian Bharti Singh was revealed during the interrogation of drug traffickers. “Bharti’s name came up during questioning of a narcotic drugs case,” the official said.

‘Nagin’ actress Anita Hasanandani and her husband Rohit’s funny video viral, you will not be able to stop laughing too