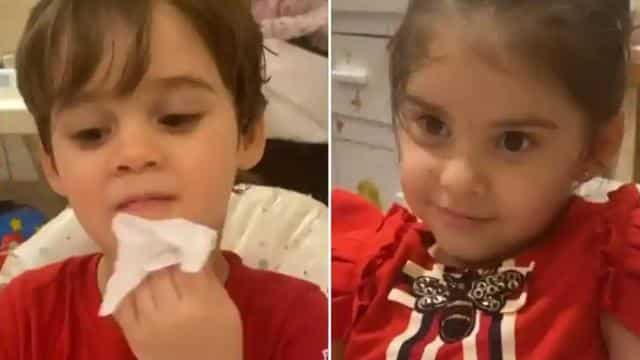 Karan Johar recently did a screen test of both his children. First he took the test of his son Yash and asked him to give different expressions. Yash gave angry expressions first, then smiling and then loving ones.

After Yash, Karan again took his son’s test. Ruhi also gave different expressions during this time. Seeing this video of both of them will bring a smile on your face.

By the way, both of Karan’s children are quite talented. His videos are dominated on social media. Fans also like videos of both.

While sharing this video, Karan wrote, ‘Today we did a screen test’.

Please tell that two people working in Karan’s house have come corona test positive. This news was confirmed by Karan himself. Karan had tweeted, ‘Our entire family and staff are completely safe and no symptoms are seen in anyone. We also had the test done in the morning which has come negative, but we have done ourselves in self isolation for the next 14 days. We make sure that he is given better treatment and protection and he will get well soon. ‘

After the corona test positive of both the person, now Karan’s mother Heeru Johar is getting sanitization of himself and his entire house. Viral Bhayani shared a video of Heeru Johar in which she was sanitizing herself.