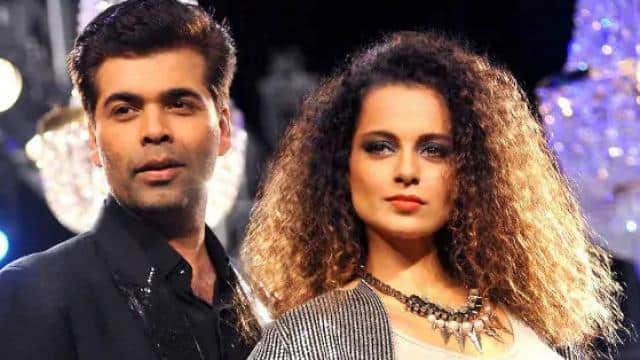 A video about Karan Johar’s company Dharma Productions is going viral claiming that he allegedly planted a biomedical vest including PPE after finishing shooting on a project with Deepika Padukone in a village in Goa. is. Kangana Ranaut’s reaction has come to light on this matter. Kangana tweeted, the movie industry is not only a virus for the moral values ​​and culture of the country, but it has also become harmful and fatal to the environment.

Kangana then tagged Minister of Environment, Forest and Climate Change Prakash Javadekar to look at this disgusting and irresponsible attitude of a so-called big production house. help please.

Movie industry is not a virus just for the moral fiber n culture of this nation but it has become very destructive and harmful for the environment also, @PrakashJavdekar ji @moefcc see this disgusting, filthy, irresponsible behavior by so called big production houses, pls help 🙏 https://t.co/EZfzrIWz06

Kangana said this on the tweet of a user who shared the video and wrote, ‘Next time when Karan Johar and Deepika Padukone will pretend to be concerned about nature, remember that they will go through roadside government hospitals and health in Goa The centers have spread biomedical vests in addition to PPE kits. They should take heavy fines and oppose it as well.

The Goa Health Minister said on this matter, dumping waste in the open is not right. When the shoot was approved, they had to follow all the guidelines and dispose of the vest.