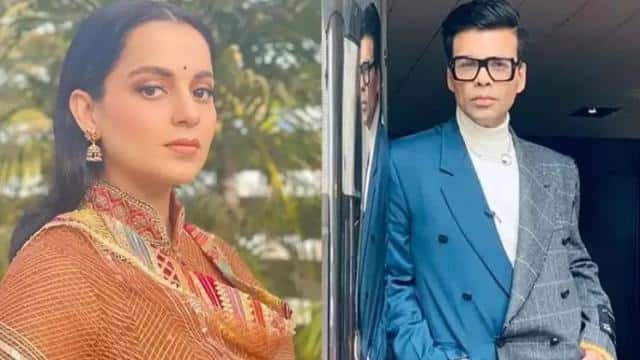 The debate over nepotism (nepotism) and outsiders continues after the demise of Bollywood actor Sushant Singh Rajput. Meanwhile, Kangana Ranaut made several statements about Sushant. He accused many filmmakers. Especially on Karan Johar. Kangana said that Karan Johar went to London School of Economics and went there and said that Kangana should leave the film industry. He should be taken out immediately. Hooting was happening there. People were applauding when I was fighting a fight against nepotism here. The video related to this has been revealed or in which Karan Johar is actually seen saying this and people are heard applauding.

This the clip Kangana is talking about, Karan telling her to leave and people applauding. He attacked her on an international summit #KanganaSpeaksToArnab pic.twitter.com/ODl0jTHaxe

Suman, an ex-boyfriend study in support of Kangana Ranaut, tweeted, telling her ‘Bahadur’

Kangana said that after giving her blockbuster film I joined hands with 19 brands. Then my ex boyfriend filed a case against me. These brands broke the contract as soon as I did so. Everything is done with a lot of planning in the industry. They stopped everything for me. I could not marry, I had no future. Don’t you think the idea of ​​suicide came to my mind?