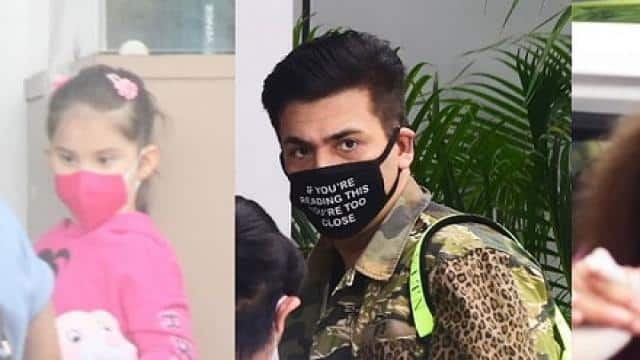 Sushant Singh Rajput left this world on 14 June. After Sushant’s death, there was a debate in Bollywood about nepotism and many stars including Karan Johar were trolled. After trolling, Karan Johar has now recently appeared with the family for the first time. Actually, Karan appeared with the Johar family in a private in Mumbai. During this, both children Yash and Ruhi and their mother also appeared with them.

Karan recently announced that he is coming soon with a children’s picture book. Karan Johar tweeted, ‘I am excited to share something special with you all. My big picture book for kids is The big thoughts of little LUV coming soon. Thank you Twinkle Khanna. The picture book will be published by juggernaut.in. ‘

This picture book of Karan is inspired by his parenting experience. He is congratulated by celebs on Karan’s announcement. Before this, Karan has written his autobiography ‘An Unsuitable Boy’. Many things related to his life were revealed in this book. Karan’s autobiography was very much discussed.

Talking about Karan’s upcoming projects, his films ‘Dostana 2’ and ‘Takht’ are going to be released soon. ‘Dostana 2’ stars Karthik Aryan, Jahnavi Kapoor and Lakshya in the lead roles.