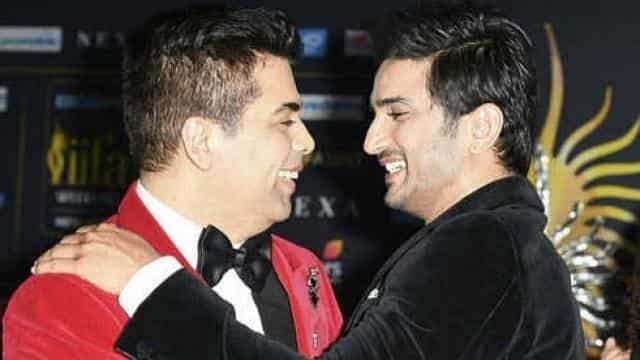 Shocking news has surfaced from Bollywood. Actor Sushant Singh Rajput has committed suicide. Additional CP Manoj Kumar of Mumbai Police has confirmed the suicide of Sushant Singh Rajput from Madhu Pal. The reason for Sushant’s suicide has not been revealed yet, but sources in Mumbai Police say that some medicines have been found from his flat, which suggests that he was undergoing treatment for depression for the past few months. So far no suicide note has been found from his room.

Sushant’s death has shocked everyone. Bollywood celebs are also saddened to hear the news of Sushant’s death. At the same time, Karan Johar has written a very emotional post on the death of Sushant.

While sharing the photo with Sushant, Karan Johar wrote, ‘I feel guilty that I have not been in touch with you. I will never make such a mistake now. We should not just build a relationship but should also maintain it well. Sushant’s death has shocked me a lot. You will always remember that lovely smile of yours’.

Sushant’s last Instagram post was for his mother. He shared his photo with the mother, writing, “The past blurred with tears blurring, smiling and in dreams cherishing a fleeting life, a conversation between the two”.

Check the prices of petrol and diesel before leaving home, today the prices have increased again