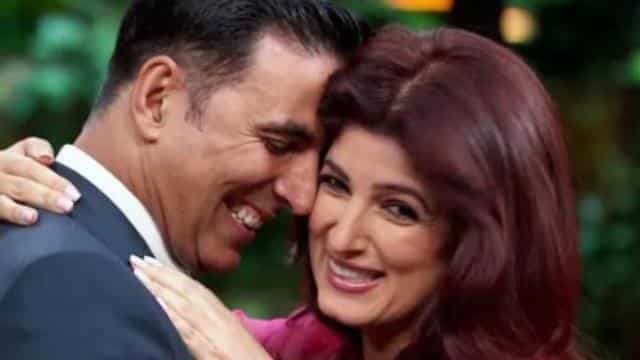 Bollywood actress Twinkle Khanna has been away from the big screen for quite some time. He now started writing books. Twinkle Khanna does not hold back from expressing her opinion on anything. Be it public or on the social media platform. A few years ago, Akshay Kumar and Twinkle Khanna joined Karan Johar’s show ‘Koffee with Karan’.

On social media, Twinkle Khanna has shared an old video of the same on her Instagram, in which Karan is seen asking actress Twinkle Khanna what is there in Akshay Kumar which is not in the three superstars Khan. Twinkle Khanna gives an answer that stops Karan speaking and he later laughs. Watch video …

Let me tell you that Karan and Twinkle share a good bonding. Both are very good friends. While sharing the video, Twinkle Khanna writes that friends, Karan Johar sent me this video which we both started laughing after watching. Do not understand how to get rid of this video. By the way, someone has told the truth, Old is gold.

At the same time, Karan Johar is currently in the house due to the lockdown and spending quality time with the twins (Yash and Roohi). Both of them keep sharing videos on social media.