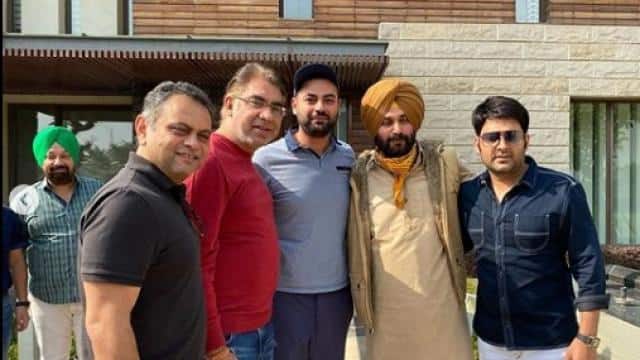 Kapil Sharma, host of the TV popular comedy show The Kapil Sharma Show, is in Amritsar these days. He met Navjot Singh Sidhu after bowing at the Golden Temple. Kapil has shared some pictures of this meeting with Navjot Singh on his Instagram account.

In the photos, Kapil was seen having lunch with Navjot Singh Sidhu and other friends. While Kapil is wearing a casual outfit, Navjot appeared in Pathani. The two enjoyed each other’s company a lot. Posting the photos, Kapil wrote in the caption, ‘After a long time Navjot Singh met Sidhu Paji and enjoyed the parathas with him. Thank you for your love and extra mile.

It is known that the friendship of Navjot Singh Sidhu and Kapil Sharma is very old. Navjot has long been a judge on ‘Comedy Nights with Kapil’ and ‘The Kapil Sharma Show’. Earlier, he was also the judge of ‘The Great Indian Laughter Challenge’, whose winner was made by Kapil Sharma.

Some time ago Navjot made a statement about Pakistan, which people strongly opposed. Not only this, the audience even demanded to remove Navjot from The Kapil Sharma Show. After this, he was removed from the show and Archana Puran Singh was made a judge. Since then, Archana has been judging the show.