Kangana’s target on Priyanka and Diljit, said- questions my patriotism but not their intention 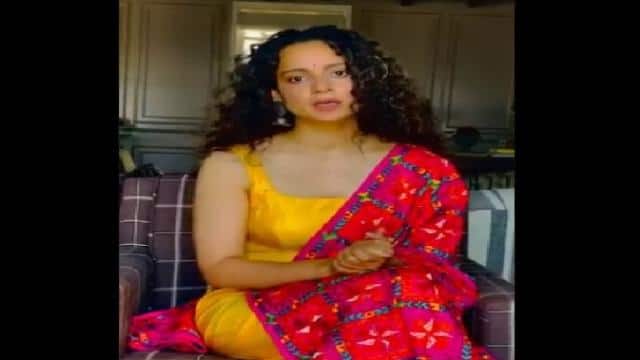 Bollywood actress Kangana Ranaut released a video targeting the farmers movement, Priyanka Chopra and Diljit Dosanjh. In this video, Kangana has told that in the last few days she has received threats of rape and death. He said that the peasant movement was politically motivated. Kangna said that in this country I have to prove my patriotism daily but no one questions the intentions of people like Priyanka Chopra or Diljit Dosanjh.

In this video shared on Twitter, Kangana is saying, ‘I have suffered emotional and mental online lynchings for the last 10-12 days. I have been threatened with rape and death, so it is my right to ask some questions to my country.

Expected the video I promised, watch when you can 🙏 pic.twitter.com/0YZxfQfwB2

On the peasant movement, Kangana said, ‘When the Prime Minister has not left any scope for any kind of apprehension, it is clear that this whole movement is politically motivated and somewhere the terrorists started participating in it. I have lived in Punjab, I have studied there and I know that 99.9 percent of the people of Punjab do not want Khalistan. They don’t want a piece of the country. ‘

Kangana further said, ‘I understand the feelings of those who want to break this country, I just want to ask the countrymen how innocent people who allow themselves to dance at the fingertips of these people. Now like grandmother in Shaheenbagh, she cannot read but still agitates to save her citizenship. A grandmother of Punjab is giving me such dirty profanity, trying to save her land. What is happening in this country? Friends, how do we make it so easy to target ourselves for these terrorists, for these foreign powers. ‘

Kangana continues, ‘I have a complaint with you guys. I complain that every day I have to tell my intention. A patriot has to give so much clarification, but no one asks Diljit Dosanjh and Priyanka Chopra on purpose. What kind of policy is this? If I talk in the interest of the country, then I say that I am doing politics. Ask them also what policy they are doing.

Relief in the price of petrol and diesel for the 13th consecutive day, know how much to pay