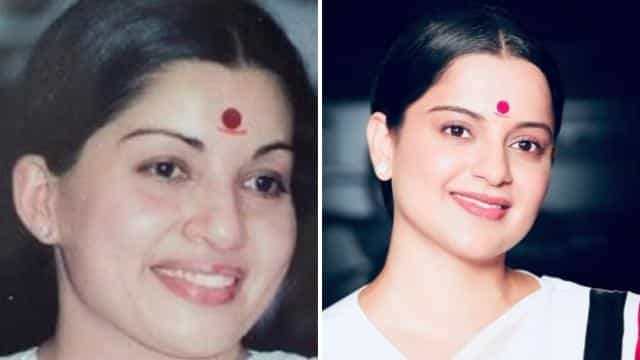 In the lockdown, Bollywood actress Kangana is spending time in Manali with the Ranaut family. She keeps entertaining her fans by posting something on social media every day. However, there were reports that Kangana’s upcoming film Thalaivi OTT platforms would be released. However, the new report related to the film has come to the point of banning it. Makers took to social media to curb speculation about the film’s online release. The film Critic Taran Ardash has given this information while doing a tweet.

Giving information, Taran Ardash said that Kangana Ranaut movie Thalaivi will not be released on the OTT platform but in theaters first. He further wrote that the news of Jayalalithaa’s biopic Thalivei being premiered on OTT is incorrect.

Let us know that the fans are quite excited about this film. Kangana Ranaut will play the role of former Tamil Nadu Jayalalithaa in the movie, but due to Corona, the shooting and release date of this film has been pushed forward. The film was scheduled to release in theaters on 26 June 2020. Apart from Kangana Ranaut, the film also stars Arvind Swamy. This film is directed by AL Vijay and produced by Vishnu Induri and Shailesh R Singh.

Akshay Kumar to fly to London in July, will start shooting for ‘Bell Bottom’ soon