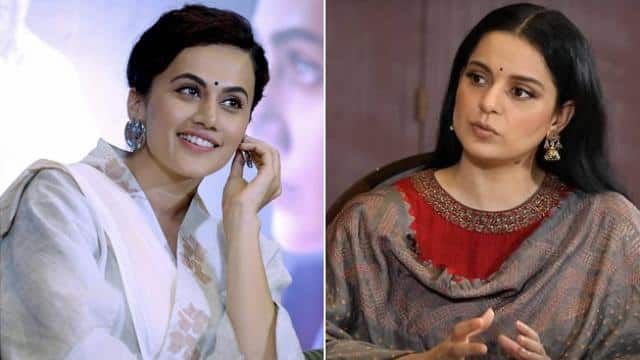 Kangana Ranaut has been arguing about nepotism for the past several days. He has accused many people in the Bollywood industry of promoting nepotism. Now recently a user tweeted some articles related to Taapsee Pannu. Commenting on that tweet came a comment from the Instagram account of Kangana’s team, ‘Many sneaky outsiders are trying to spoil the campaign started by Kangana. They want to be in the goodbook of the movie mafia and for that they attack Kangana. By doing this, they get films and awards and they openly harass women. Shame on you, you are taking away the fruits of his struggles and also uniting against him ‘.

On the other hand, Taapsee tweeted and shared some quotes from Tony Gaskins and wrote, ‘I have followed a few things in the last few months. It helped me see life better. This gave me immense peace and perspective, which I am sharing. ‘

A couple of things have followed in my life, especially the last few months. Really helped in seeing life in a better light. Brought me a lot of peace n perspective so sharing it. pic.twitter.com/77tyjxvnRv

By the way, let me tell you that this is not the first time that both actresses have commented on each other. Earlier Kangana’s sister Rangoli called Taapsee a cheap copy.

Kangana’s team had earlier shared a video of Kangana in which she says, ‘Is it okay to think that only the army does battle, we have no contribution in this. Have we forgotten the time when Mahatma Gandhi said that if the British were to break the spine, then every production made by them would have to be boycotted. Is it not necessary that we also take part in this war because Ladakh is not just a piece of land. Is a big part of India’s identity ‘.