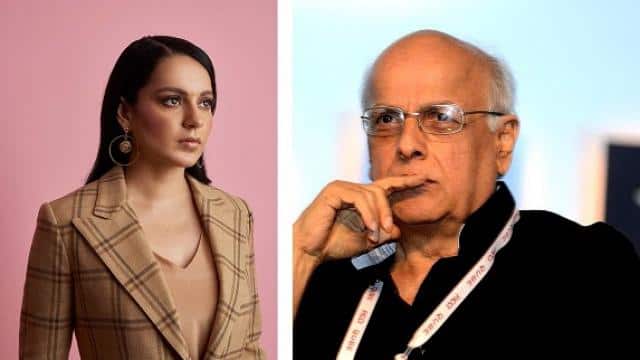 Kangana Ranaut has made several big revelations in an interview recently. During this, he said about Mahesh Bhatt, ‘I am very grateful to Mahesh Bhatt Production, he gave me the opportunity to work in the film Gangster. But this does not mean that it gives them the right to call me crazy or to slap me. Mahesh Bhatt threw slippers at me.

Kangana said, ‘One day Mahesh Bhatt called me and called in his editing studio. At that time, he offered me a cheat film. I did not like the subject of the film, so I refused to do the film. Mahesh Bhatt did not like this thing and shouted at me. He was coming to kill me when his daughter Pooja Bhatt stopped him. Pooja said, ‘No father’.

Kangana further told the Clippers incident that this incident is during the moment of trial. He said, ‘He came to the main gate of the theater and took me out. Shouted at me I was still trying to go inside because I had to watch my film, but they threw slippers. After this, 2 people took them inside ‘.

Let me tell you that during this interview, Kangana told that there was a time in her life when she thought about committing suicide. Kangana said, ‘In the year 2016 I gave hit films like Tanu Weds Manu Returns. I signed 18 brands at that time. I think I was the one to sign so many brands in 2016. Then suddenly my X arrives which caused my breakup in 2013. He filed a case against me. At that time everyone felt very strange, but it was not a strange plan but a ‘.

The actress said that words like ‘witch’ were used for her. He said, ‘My marriage and family options were over’.

Kangana further said that although she did not have thoughts of ending her life, she definitely felt like shaving her head and disappearing.