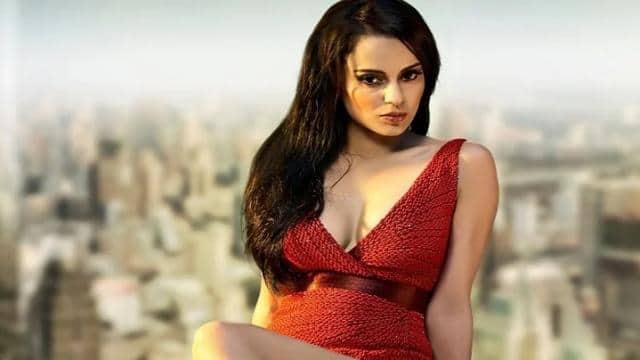 Kangana Ranaut gave a befitting reply to people trolling her bikini picture. Kangana Ranaut, while replying to those who taught her Sanatan Dharma, wrote, ‘Some people are giving me the lecture of Dharma and Sanatan by seeing my bikini picture. What will happen to you if mother Bhairavi comes out with an image of her hair, clothes, blood drinking? Will you burst and call yourself a devotee? Walk on religion, don’t be its contractor …. Jai Shri Ram. ‘ On Wednesday morning, Kangana Ranaut shared a picture of herself wearing a bikini on the beach in Mexico. A lot of people were reacting to this picture on social media.

While replying to these people, Kangana Ranaut has shared another picture of herself on Twitter. Apart from this, he has also given a befitting reply. Kangana Ranaut, while sharing her old photo in the middle of Mexico, wrote in the caption, ‘Good morning guys. One of the great places I have visited in my life is Mexico. It is a very beautiful and unexpected place. A picture of me from Tulum Island, Mexico. ‘ Kangana Ranaut, who has been vocal on political and social issues, is in discussion about the farmers movement these days.

Seeing my bikini picture, some people are giving me the lecture of Dharma and Sanatan, what will happen to you if mother Bhairavi comes out with an image of hairless, clothed, blood drinking? You will be destroyed and call yourself a devotee? Come on religion, don’t be its contractor …. Jai Shri Ram pic.twitter.com/AIyNrSiTTT

In fact, in the past, he had tweeted several times about the farmer movement and said that some people are trying to take advantage of it. Apart from this, in a tweet, he tweeted an elderly woman from Punjab stating Shaheen Bagh’s grandmother. He later deleted this tweet, but by then there was much controversy. He has received two legal notices regarding this tweet.

Not only this, he was also severely criticized by many people including Diljit Dosanjh, Swara Bhaskar. His controversy on Twitter with Diljit Dosanjh reached its peak. Even Kangana Ranaut had described Diljit Dosanjh as Karan Johar’s pet.

Petrol Diesel Price Today: Crude oil becomes expensive, but not the price of petrol and diesel