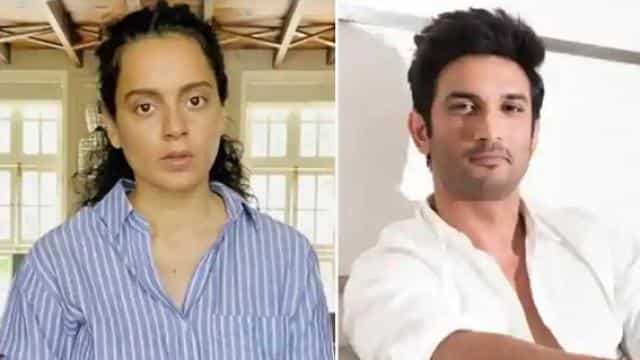 Kangana Ranaut has been raising her voice against nepotism and the movie mafia gang ever since the demise of Bollywood actor Sushant Singh Rajput. He has once again expressed his anger at the Bollywood industry by sharing his video. Kangana said that some media groups spread false news against Sushant and harassed him. He was tortured to mentally by making plans. Along with this, Kangana said that the question has arisen that why is never written about Napo Kids.

Kangana Ranaut termed the suicide of Sushant Singh Rajput as murder. In the video, he said, “Many things have come out after Sushant’s murder. Some I have read interviews and some people I have talked to. His father says that he was upset because of the tension in the film industry. Film director Abhishek Kapoor says that there has been an attempt to break his brain in a systematic way. His ex girlfriend says that he could not tolerate socially insulting her. Now I will tell that the movie mafia had not only banned them but their brains have been broken by stuttering. ”

After this, Kangana read many news stories about Sushant. He said, “It was written in a website that Sushant feels like a truck driver. It is written in a news that Sushant had blown a glass bottle on the head of a director after a show in the party. “Kangana said that a website has written that Sushant can go to jail under the metoo. Many such untrue lies have been written against Sushant Singh Rajput.

Kangana said that many things were said about me, but I did not say anything, but when dirt was written against a freedom fighter, I raised my voice against that journalist. They formed a guild by four journalists against me and it was announced that my film should be banned and flopped. Have you ever wondered why Napo Kids are not written about.