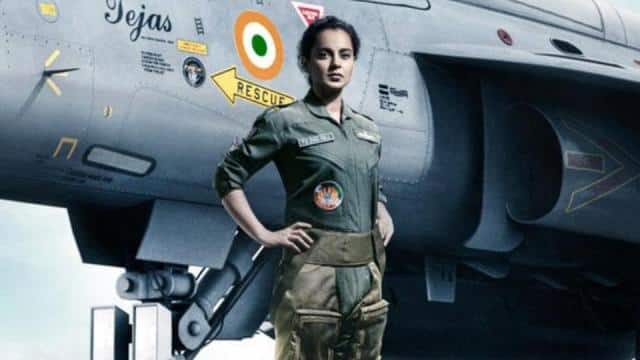 Bollywood actress Kangana Ranaut has started preparations for her upcoming film Tejas. Kangana has tweeted a video in which she is seen participating in a workshop with director Sarvesh Mewada and wing commander Abhijeet Gokhale. Kangana captioned the video and wrote, ‘Team Tejas has started the workshop today. It was a great pleasure to start work with Super Talented Director Sarvesh Mewada and our Coach Wing Commander Abhijeet Gokhale.

Earlier, Kangana shared another video in which she was seen training for the film Tejas. Kangana wrote in the video caption on Twitter, ‘I have started action training for my upcoming’ Tejas’ and ‘Dhakad’. I am playing the role of Fauji and Spy in these films. Further, he took a dig at MP Jaya Bachchan’s thali comment that the Bollywood thali might have given me a lot but after the success of Manikarnika, I too have given Bollywood her first action heroine.

Let’s say that Kangana first started shooting for the movie Thalaivi after the lockdown was over. In this film, she will be seen in the role of late political leader Jayalalithaa. Kangana had also increased her 20 kg weight for the role, which she recently gave information through social media. After this, she also told that she is working her increased weight. AL Vijay is directing the film Thalaivi.