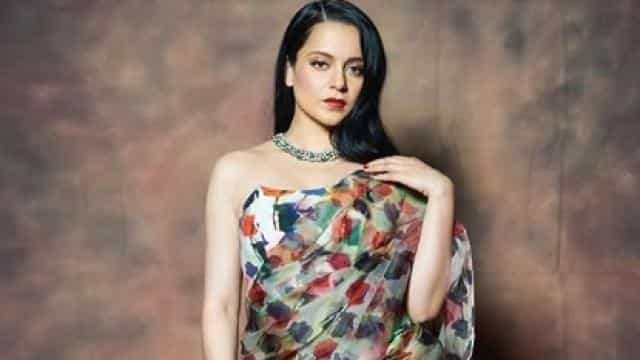 The debate on the issue of nepotism has started in the film industry following the demise of Bollywood actor Sushant Singh Rupjut. On social media, users are trolling some celebs fiercely. Actress Kangana Ranaut has also always kept her talk about nepotism. In the meantime #Papa Hai Na is trending on Twitter. With this hashtag, a user shared an old picture of Alia Bhatt, Sonam Kapoor, Sara Ali Khan and Sonakshi Sinha.

Now Kangana Ranaut has strongly targeted producer Karan Johar regarding this post. While sharing this post on Twitter, Kangana wrote, some people are saying that it is body shaming. No it is not. This reality check is for the movie mafia. People like Karan Johar who say that if Outsiders is not as talented and good looking as Starkids, then it is not their fault. People need to be awake.

Some people saying it’s body shaming no it’s not, it’s a reality check for movie mafia people like Karan Johar who went on record to say if outsiders arnt as good looking and talented as star kids it’s not his fault, people must wake up to their crude brain washing https://t.co/G24uHsgNbr

Poster of Sushant Singh Rajput’s last film ‘Dil Bechara’, will be released on OTT platform on this day

These pictures of the celebs were done when they did not enter Bollywood. This photo of Alia Bhatt, Sonam Kapoor, Sonakshi Sinha and Sara Ali Khan is done during their teenage. However, after appearing in films, the look of these celebrities has changed a lot and they have undergone tremendous transformation.

Neha Kakkar returns to Instagram after a few days of distance from social media, shares video