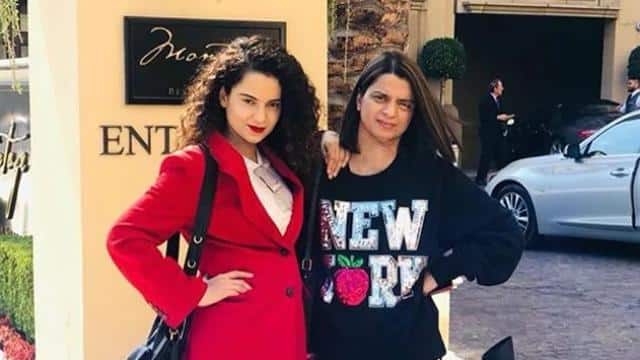 Bollywood actress Kangana Ranaut and her sister Rangoli Chandel filed a petition in the Bombay High Court on Monday requesting the cancellation of an FIR registered by the Mumbai Police against them. This FIR has been registered through social media posts for inciting hatred and communal tension in the society. The FIR lodged after the order of the Bandra magistrate court also alleges treason. The magistrate court had directed the police to investigate against Kangana Ranaut and her sister.

His lawyer Rizwan Siddiqui said that Kangana and Rangoli have filed a petition in the Bombay High Court for cancellation of the FIR and magistrate’s order. He said the petition also requested the court to stop the summons issued to appear before the police for questioning and directed the police not to take punitive action against them.

Read also: Kangana Ranaut, who returned to work, was persecuted by her memory, shared the picture and said – tears came in her eyes

Mumbai Police last week issued summonses to Ranaut and his sister for a third time on November 23 and 24 asking them to record their statements for allegedly promoting enmity between the two communities. After issuing the summons for the third time, Deputy Commissioner of Police Abhishek Trimukhe had said that we have issued a third notice and asked him to join and cooperate with the Bandra police in the investigation. According to the police, when two summons were sent to Kangana Ranaut earlier, she had said that she was unable to reach Mumbai by November 15, citing her brother’s marriage.

Son does not watch Juhi Chawla’s films, the actress said – I find it strange to see her with someone else