Kangana Ranaut left for the airport with high security, tweeted and wrote – I am returning home from Mumbai with a heavy heart 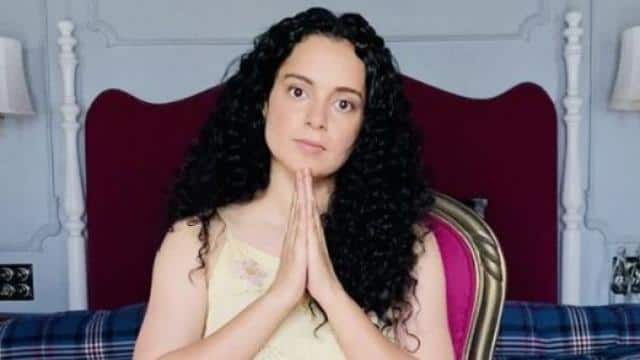 Bollywood actress Kangana Ranaut is in the headlines. The verbal war between the Maharashtra government and the actress continues. Recently Kangana came to Mumbai for 4 days. Today she is returning to her home in Manali. Some pictures of him leaving for the airport have surfaced on social media. Kangana Ranaut has left for Manali with Y + Security. Kangana Ranaut has written about her return to Manali from Mumbai by tweeting.

Kangana Ranaut writes, ‘I am returning from Mumbai with a heavy heart. The way I was harassed these days, I was attacked, I was told the wrong things, threatened to break my house and broke my office, security was asked to be around me with weapons, I think Pakistan. It was a blast to compare to. ‘

The security cover as Kangana Ranaut made an entry inside the Mumbai airport pic.twitter.com/LMnQJ91sN6

#WATCH I met Governor Koshyari & told him about unjust treatment I’ve received. I hope justice will be given to me so that the faith of all citizens including young girls, is restored in the system. I am fortunate that the Governor listened to me like a daughter: Kangana Ranaut pic.twitter.com/aZRohVVUhi

Let us tell you that Kangana Ranaut came to Mumbai on 9 September. Kangana took this step after Shiv Sena leader Sanjay Raut threatened her not to return to Mumbai. On the day Kangana reached Mumbai, the BMC fired a bulldozer at her office due to illegal construction. Kangana has suffered a loss of around Rs 2 crore. Due to this, Kangna had recently met the Governor of Maharashtra, whose experience Kangana shared on social media.

John Abraham spoke openly on nepotism, said- either work or just sit and dissolve the poison

Kangana Ranaut after meeting the Governor said that he is not a leader and he hopes that justice will be found. Kangana said, ‘I talked to the governor about the injustice done to me. He is our guardian here. I told them about the way things happened to me. I hope that I will get justice so that the faith of the girls of our country is returned to the system. I am not a leader nor have anything to do with politics. Suddenly I have been abused today. The Governor listened like a daughter and I hope justice will be met.

LIC Money Back Plan: You can get 19 lakh rupees for only 150 rupees, this is the whole scheme