Kangana Ranaut is threatened by Karan Johar, actress asked for help from PM Modi, says- army of hyena can come after me anytime 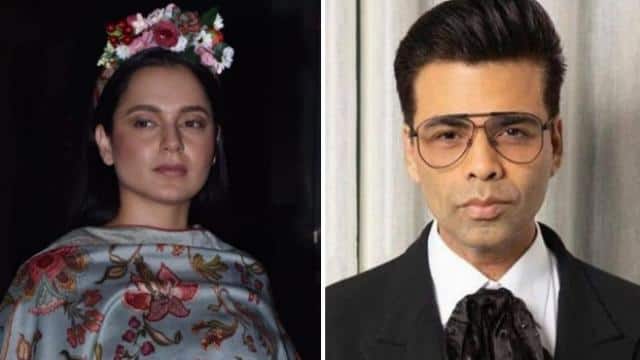 Bollywood actress Kangana Ranaut and Karan Johar’s word of mouth is not hidden from anyone. Both remain in the headlines. For many years, Kangana Ranaut has been targeting Karan Johar as the king of nepotism and the ‘movie mafia king’ in Bollywood. Since the death of Sushant Singh Rajput, nepotism has become an issue on which everyone is coming forward to talk. Is expressing its opinion Meanwhile, Kangana Ranaut is once again targeting Karan Johar for nepotism. She is making big statements in the news channel and writing posts on social media.

Kangana Ranaut wrote that Karan Johar, who is responsible for the movie mafia, PM Modi ji, he has ruined many lives and careers, he is roaming freely. No action has been taken against him yet. Is there any hope for us? When everything goes well, he will follow me with his army of hyena.

Let me tell you that every day Kangana Ranaut is giving her opinion in Sushant Singh Rajput case. Many are also making shocking revelations. At this time, the actress is in a Manali house with her family. She will soon return to Mumbai and return to work.

Recurring Deposit Scheme: A chance to add big money with a savings of 100 rupees every month, know how to avail