Kangana Ranaut congratulated such people on wishing them a merry Christmas, know what they said 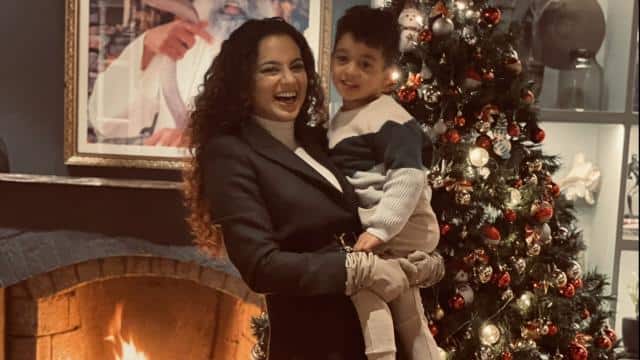 Actress Kangana Ranaut shared a photo of Christmas celebrations. Along with this, he has also taunted some people giving their Christmas greetings. Kangana tweeted, ‘Merry Christmas to only those who respect and accept all Indian festivals. Merry Christmas to those who do not criticize Hindus only. Kangana Ranaut has taken a dig at people who show bigotry about festivals in this post. Some people are trolling him on this post too. A user has accused him of playing politics through this post.

Not only this, a user said that now she will again come under the target of right-wingers. Apart from this, many users said that instead of Christmas, we are remembering the sacrifice of the family of Guru Govind Singh. Kangana Ranaut has shared this post on Instagram besides Twitter. Earlier, he shared pictures of his Christmas celebrations with his sister and sister-in-law last evening. Kangana shared the pictures and wrote, ‘Yesterday my sister-in-law came home and Rangoli prepared carrot halwa for her. Some pictures of last night’s dinner. ‘

Let me tell you that Kangana Ranaut recently shared a photo of her middle of Mexico, in which she was wearing a bikini. Due to this photo, a class on social media tried to troll him. In response to trolls, Kangana Ranaut had tweeted, ‘Some people are giving me the lecture of religion and Sanatan by seeing my bikini picture, if ever Mother Bhairavi comes out with her hair-clad, clothed, blood-drinking image Will happen? You will be destroyed and call yourself a devotee? Come on religion, don’t be its contractor …. Jai Shri Ram. ‘

Significantly, Kangana Ranaut is known for her outspokenness on social and political issues. She has also been continuously tweeting about the current farmer movement. Recently, he had tweeted a woman saying Shaheen Bagh’s grandmother, which was also disputed. He deleted his post, but two legal notices have been sent to him seeking forgiveness. Apart from this, he was criticized by many stars including Punjabi star Diljit Dosanjh.

Investors earned 6.68 lakh crore in three days, now will not get a chance for three days