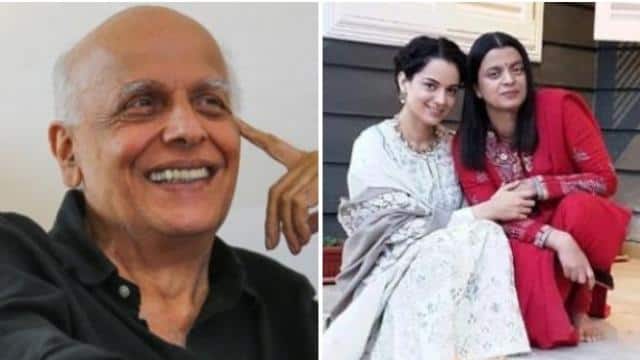 The trailer of the film ‘Sadak 2’ has received a lot of mixed response from the audience. Alia Bhatt has spoken a dialogue in the trailer of this film, which is not liked by many people. Kangana Ranaut has targeted Mahesh Bhatt as a Pakistani broker, targeting this dialogue. Actually, Alia Bhatt is looking at a photo of a tantric in a scene. She says that I have lost myself because of these gurus. Alia has started trolling on social media somewhere. This dialogue of Alia has hurt many people.

On this, a film Critic wrote that in a scene in the trailer, Alia Bhatt appeared in the dialogue saying that I have lost myself due to these gurus, for one time, remove the word guru from this dialogue and replace it with Moulvi or Pastor. Do. Mr. Bhatt you can do it. No discussion. You just have to replace the word and relaunch the trailer. I am not asking for anything more from you. Mahesh Bhatt Sahab, Road 2 trailer launch.

Nice observation, can they replace Guru with Maulavi and Kailash scandal with Macca scandal? Does Sadhus lynchings have something to do with these prejudices? Why Pankistani Pimps are allowed to spread religious hate and prejudices in Bharat? -KR # Sadak2 # sadak2trailer https://t.co/cZUvqXftzu

Kangana Ranaut retorts on this and writes that you have recognized very well. Can they replace Guru with Molvi? And the Kailash scandal from the Mecca scandal? Does sage lynching have anything to do with these prejudices? Why are Pakistani brokers hurting religious Bhawans and spreading hatred? KR, ROAD 2, ROAD 2 TRAILER.