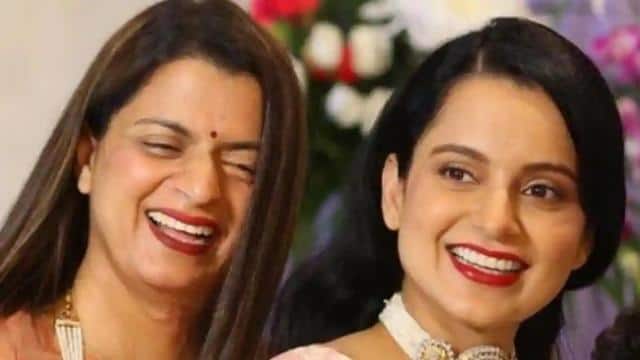 Kangana Ranaut has been in controversy for the past several days. Just a few days ago, Mumbai Police had called Kangana Ranaut and her sister Rangoli Chandel to appear in the police station for questioning in a case but then both sisters said that they are busy in their brother’s wedding so do not appear Can. After this, the Mumbai Police once again sent a notice to Kangana in which she was to appear before the police to record her statement on November 10 i.e. today, but according to the report she has refused to go this time as well.

The two sisters were asked to appear in the case for allegedly promoting enmity between communities through their comments on social media. Earlier, Bandra Police had sent the first notice to Kangana Ranaut and her sister on October 21 to record their statement but then their lawyer wrote a reply saying that Kangana is currently in Himachal Pradesh and busy with her brother’s wedding preparations Huh. After this, the Mumbai Police asked both sisters to appear in the police station on November 10 but Kangana did not accept this proposal either.

According to the report, Kangana Ranaut has refused to go to the police station for the second time in connection with the case registered against her. Kangana said that she is still busy with her brother’s wedding and will be available to record her statement on November 15. Explain that the police had issued a second notice to Kangana Ranaut and her sister Rangoli Chandel on November 3 and ordered them to appear on November 10.

Section 153-A of IPC against Kangana (promoting disharmony among different groups on the basis of different religions), 295-A (intentionally committing acts that hurt religious sentiments), 124-A (treason), 34 (shared FIR) under the intent). Famous actress Kangana Ranaut Pichlo has been seen getting involved in many controversies for many days. Several cases have been registered against him. A few days ago Javed Akhtar also filed a defamation suit against Kangana. Kangana accused Javed Akhtar of inviting and threatening to call home to discuss the relationship with Hrithik Roshan.

Speaking on the relationship with Bollywood actor Hrithik Roshan, Kangana Ranaut told Pinkvilla, “Javed Akhtar called me to his house and said that Rakesh Roshan and family are big people.” If you do not apologize to them, then you will not be able to go anywhere. They will put you in jail and you will have no choice but to harm yourself. You can even think of suicide. He said all these things to me. Why did they think that if I do not apologize to Hrithik Roshan, then I will commit suicide? He shouted at me. Angry too. I was shivering while sitting at his house. “

The world’s largest pink diamond will be auctioned tomorrow, being valued at 281 crores

Great relief to pensioners! Now life certificate will be given in 5 minutes through postman sitting at home