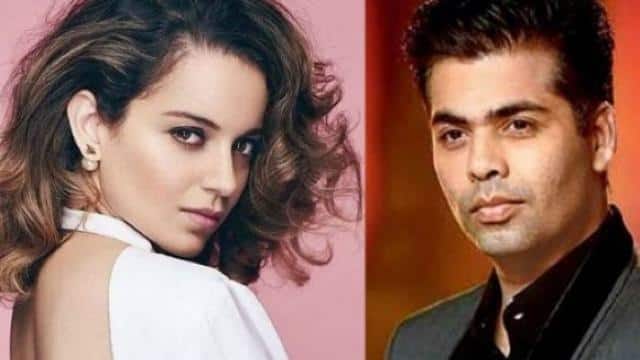 After the death of Bollywood actor Sushant Singh Rajput, the debate over nepotism (nepotism) continues. Meanwhile, Kangana Ranaut made several statements about Sushant. He accused many filmmakers. Kangana said that there was a time when thoughts of suicide started coming in my mind too.

Recalling the incident of 2016, Kangana said, ‘I joined hands with 19 brands after delivering my blockbuster film. Then my ex boyfriend filed a case against me. These brands broke the contract as soon as I did so. Everything is done with a lot of planning in the industry. I was told to eat humans and even witch. Karan Johar went to London School of Economics and went there and said that Kangana should leave the film industry. He should be taken out immediately. Hooting was happening there. People were applauding when I was fighting a fight against nepotism here.

Earlier, Kangana had said in a statement that the Mumbai police called me to give a statement. I told them that I am in Manali right now and can you send someone to me to take my statement, but I have not received any reply yet. Kangana further said that I am telling that if I have said something that I cannot testify, which I cannot prove and which is not in the public interest, then I will return my Padma Shri. In such a situation, I do not deserve this honor again.

Kangana told Sushant Singh Rajput’s death
Earlier, Kangana had released a video of her describing Sushant Singh Rajput’s death as a planned murder. Kangana said with tantrums that Sushant did not commit suicide but to do so, a variety of things have been filled in his mind. Along with this, he said that Sushant’s work has not been accepted, he did a great film like ‘Chhichhore’, but all the awards are given to an excellent film like ‘Gully Boy’. Kangana said that it is a planned murder in a way, not suicide.

Georgia Andriani to enter Bollywood industry, will be seen in this film

Kangana further said, “Sushant Singh Rajput’s death has shaken everyone, but some who are adept at how to run a panel Narrative are telling that some people have weak minds. Come into depression and commit suicide. He is a rank holder of engineering entrance exam. How can his mind be weak. See their last post. He is asking people to watch my movies. I have no godfather, I will be fired from the industry. In his interview, he is explaining why the industry does not follow me. So there is no basis for this accident. Wahiyat film gets all the awards. “